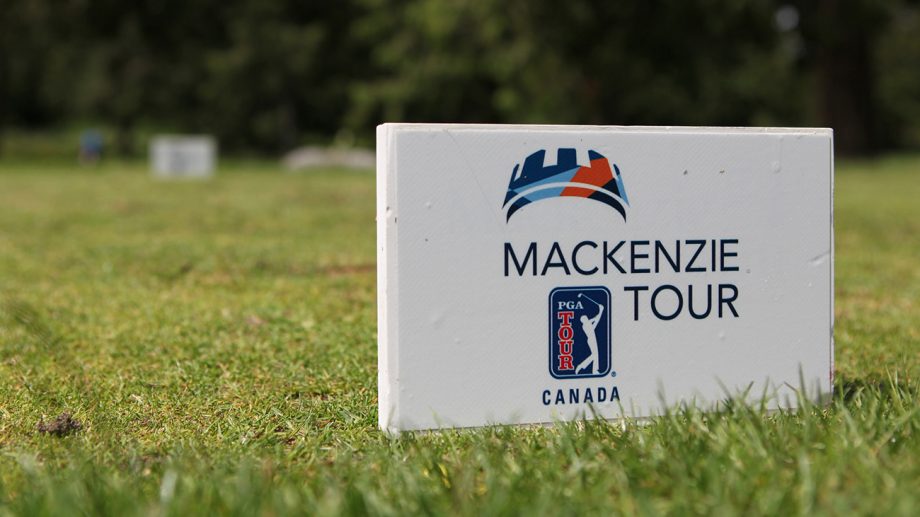 TORONTO—The Mackenzie Tour – PGA TOUR Canada will return to action in 2021 with a set of eight tournaments available for players based in Canada. The PGA TOUR made the announcement June 10.

A year after the global pandemic forced the cancellation of the 2020 season, and with restrictions still in place at the Canada-U.S. border, the Mackenzie Tour is giving competitive opportunities to players already in Canada through this eight-event schedule that begins in July and runs to October.

The season begins in late-July, with the Mackenzie Investments Open at Club de Golf Le Blainvillier in the city of Blainville just outside of Montreal on July 26-August 1. Following a two- week break, the Tour begins a seven-tournament-in-seven-week stretch, beginning August 16- 22 at TPC Toronto at Osprey Valley for the Osprey Valley Open. Next is a two-week stay in Prince Edward Island for a pair of tournaments at two of the island’s finest golf courses. First up is the Prince Edward Island Open (August 23-29) at Dundarave Golf Club followed by the Brudenell River Classic (August 30-September 5) at Brudenell River Golf Course.

Players will then travel west for a tournament to be announced at a later date and will be played the week of September 6-12, followed by Calgary’s ATB Financial Classic (September 13- 19) at Country Hills Golf Club, both long-time Tour partners. The season concludes with a pair of tournaments in British Columbia, the GolfBC Championship at Gallagher’s Canyon Golf and Country Club (September 20-26) followed by the DCBank Open presented by Times Colonist at Uplands Golf Club (September 27-October 3).

The Mackenzie Tour and tournament organizers continue to monitor issues surrounding the global pandemic, and they have worked with local and provincial health authorities and will continue to do so leading up to the tournaments. Approvals to return to competition still need to happen across the country, but organizers remain encouraged that the tournaments will be able to take place based on the vaccine rollout.

Even with the compacted schedule and the number of events played in consecutive weeks caused by continued pandemic issues, Pritchard sees this year’s set of tournaments and their place on the schedule as a good thing.

In 2020, the PGA TOUR conducted a four-tournament grouping of tournaments for players in Canada. What the Tour conducted last summer will serve as a model in 2021.

“What I’m most excited about is that these players will have opportunities to compete at PGA TOUR-sanctioned events, the competitions taking place at quality golf courses and the Tour offering some compelling season-ending incentive for these players,” Pritchard added.

The top player at the conclusion of the season will earn full status on the 2022 Mackenzie Tour, while players finishing No. 2 through 5 on the Points List will receive conditional 2022 Mackenzie Tour status, which will gain them entry into the first set of events before the reshuffle. Finishers six through 10 will each earn a sponsor exemption into a 2022 Mackenzie Tour event.

Tour officials will continue to monitor the travel restrictions in place and adapt accordingly should policies change before or during the season.