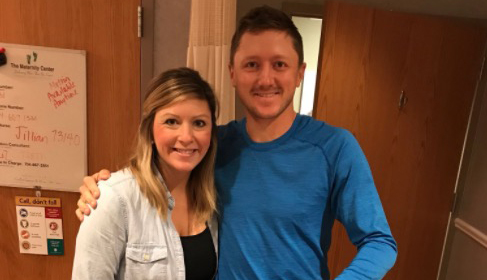 Say hello to Kenton Robert Hughes! Love him so much and can’t stop smiling. Mom was amazing through it all and is doing great #loveyouKenton pic.twitter.com/4xzPLj4enT

2017 continues to be a special year for the Hughes family. After winning the 2017 RSM Classic, Mackenzie played in his first Masters tournament and went on to post nine top-25 finishes in addition to capturing low Canadian honours in the RBC Canadian Open at Glen Abbey Golf Club in Oakville, Ont.