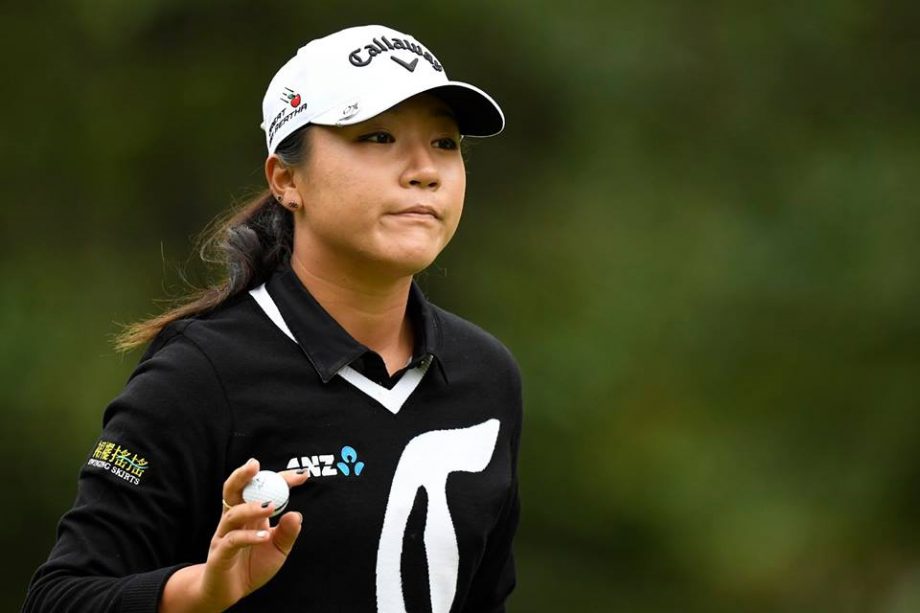 Since capturing her maiden LPGA title as a bright eyed 15-year-old amateur at The Vancouver Golf Club, Lydia Ko has become one of the sport’s brightest stars – and one of golf’s greatest ambassadors.

Today, as the current world No. 1, the 19-year-old from New Zealand is excited about the buzz around other young stars who have made their breakthroughs this season.

Looking back, it was in late August of 2012 at the Canadian Women’s Open that the then-15-year-old garnered attention from the entire sporting world by beating out the LPGA’s best – just two weeks after winning the U.S. Women’s Amateur.

“I never knew I had it coming, and I was so happy to win the U.S. Amateur – To win this, I never think about it.  I just wanted to make the cut,” admitted the talented teenage golfer in her presser after claiming the 2012 Canadian Women’s Open crown.

“When I saw that I was tied first after the second day, I was like, ‘wow, I’m feeling really good.’  And yeah, kind of surprised to have two wins in such a short time,” she added.

Today, with 14 LPGA Tour victories under her belt, the current world No. 1 still has fond memories of her surprising breakthrough victory on Canadian soil.

“I really didn’t expect that win of course but to have won that week it really gave me a lot of confidence and got me excited for the future,” she said during an interview at the Manulife LPGA Classic in Cambridge.

“Playing at the Canadian Pacific Women’s Open recently, I really couldn’t believe that it’s already been four years since my first LPGA win in Vancouver,” added Ko, who now has three Canadian Women’s Opens titles and two majors to her name.

As arguably the Tour’s brightest star, the 19-year-old from New Zealand says the emergence and other young stars this year has done a lot to fuel the excitement among golf fans around the world.

One of those young stars is 18-year-old Canadian Brooke Henderson who captured her first LPGA major at the KPMG Women’s PGA Championship in June.

Having edged out Ko on the first playoff hole at the Sahalee Country Club – and moving up to world No. 2 in the process – Henderson spoke about the respect she has for the world No. 1.

“I was 14 playing in my first Canadian Open, and she was 15 and she won it. So I thought I was doing pretty well. And then she kind of showed me that there was much more.  And it definitely really has helped me to be better and to believe in myself, too, just watching her,” said Henderson after winning the KPMG Women’s PGA Championship.

With both still in their teens and sitting on top of the world rankings, the talented Smith Falls golfer predicted more exciting finishes ahead between herself and Ko.

“It’s pretty cool that we’re both kind of coming on to the stage. She was a little bit before me. But looks like our careers will probably start pretty much close to the same time and probably end at the same time,” added the young Canadian.

“I hope we have lots of extra holes like that or lots of times where we’re contending for the championship.”

Since capturing the KPMG Women’s PGA Championship, Henderson has been surpassed by the 2016 Ricoh Women’s British Open champion Ariya Jutanugarn in the world rankings.

The 20-year-old from Bangkok, Thailand has been impressive with five victories so far in 2016 and recently captured the Canadian Pacific Women’s Open in August.

With her two closest rivals in terms of rankings also being very close in age, the recent Olympic silver medalist acknowledges the likelihood – and benefits – of a budding rivalry in years to come.

“Both Ariya and Brooke have been playing great.  Both of them got their first major win this year and I got mine in the last major of last year,” said Ko about the current world No. 2 and world No. 3.

“It’s been really fun to play alongside them and watch what they’ve been doing; I think we all push each other to get better.”

While a rivalry means there will be uncertainty as to who comes up on top, the thoughtful young golfer from New Zealand recognizes the biggest winners of having others like Henderson and Jutanugarn step into the spotlight are the golf fans around the world.

“We all feed off each other and that’s exciting for the crowds and the media,” said the world No. 1. “Because it means that they will get to see some very exciting golf, which is great for the game.”