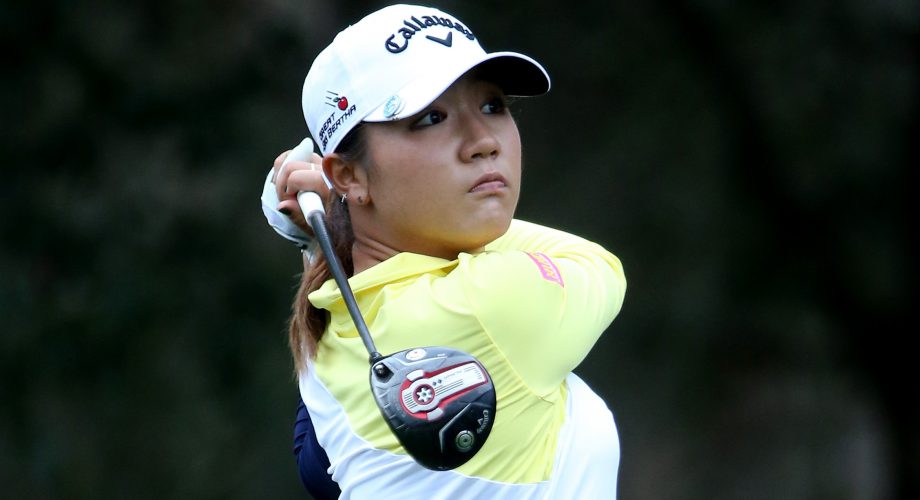 OCALA, Fla. – Lydia Ko played enough golf Thursday to catch up to the lead. She just didn’t play enough to finish the rain-delayed second round of the Coates Golf Championship.

Ko, the No. 1 player in golf making her 2016 debut, was 4-under par for her round and had a 15-foot birdie putt on her final hole at the par-4 ninth hole at Golden Ocala when the horn sounded to stop play because of thunderstorms in the area.

Ko was 7 under for the tournament, tied with Ha Na Jang.

Jang, who opened with a 65, didn’t hit a shot Thursday. She was to tee off in the afternoon, but within an hour of play being stopped, several greens already were flooded. Play was suspended for the rest of the day and will resume on Friday.

The 72-hole tournament is scheduled to end Saturday.

Haru Nomura made seven birdies for a 66 and finished two rounds at 6-under 136.

Canada’s Brooke Henderson was in a large group at 4 under that included Michelle Wie, Suzann Pettersen, U.S. Women’s Open champion In Gee Chun, Lexi Thompson and Juli Inkster, who birdied her opening hole of the second round before the storms arrived.

Henderson has three holes to play in her second round.

Ko started quickly Thursday by opening with two birdies. But she birdied only one of the par 5s, though she never missed a fairway.

“I felt more comfortable today. I was pretty pleased to see all my balls finish in the fairway,” Ko said.

Ko played with Morgan Pressel, who was 3 under, and Paula Creamer, who was even. They could tell storm clouds approaching and Creamer jokingly said that play would be stopped right before they finished. All they could do was laugh when they reached the ninth green to mark their golf balls.

“At least we don’t have to go back to the range,” Pressel said.

Ko, the 18-year-old from New Zealand, is coming off a five-victory season that included her first major (Evian Championship in France) and LPGA player of the year. She conceded to having some rust during her start on Wednesday, though she was dialed in for much of her second round until the rain arrived.

“Last year was an awesome year, so much better than I ever expected,” Ko said. “Things I only dreamt of happened. But you have to forget about it. It’s a whole new year. Obviously, you come into the year with a bit of confidence, but you never know what’s going to happen.”

Pettersen started with a 73. After making the turn, she birdied five of the next six holes – the exception was the par-5 fifth hole – to get within range. Pettersen played with Stacy Lewis (1 over) and Alison Lee, with whom Pettersen was involved in a bitter rules controversy at the Solheim Cup last year over a putt that Pettersen said was never conceded. Pettersen said there was no drama with the group and the media “want to make it another story.”

“Alison and I are pretty good friends,” she said. “I’m very happy with the way I’m playing.”