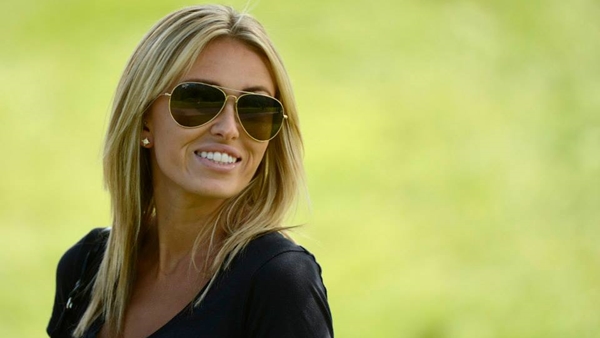 The cover photo shows Gretzky in skintight capris and a bra.

Former LPGA Tour star Lorena Ochoa was the last female pro to appear on the magazine’s cover in October 1992. Golf Digest featured Golf Channel’s Holly Sonders in May 2013 and model Kate Upton posed with Arnold Palmer for the December issue.

“It’s frustrating for female golfers,” Stacy Lewis said. “It’s kind of the state of where we’ve always been. We don’t get respect for being the golfers that we are. Obviously, Golf Digest is trying to sell magazines. But at the same time you’d like to see a little respect for the women’s game.”

The official statement from Whan is below…

Obviously we’re disappointed and frustrated by the editorial direction (and timing) Golf Digest has chosen with the announcement of its most recent magazine cover.

If a magazine called Golf Digest is interested in showcasing females in the game, yet consistently steers away from the true superstars who’ve made history over the last few years, something is clearly wrong.

Inbee Park wins 3-straight major championships in 2013.  Stacy Lewis, in 2012, becomes the first American to win Rolex Player of the Year since 1994.  Lexi Thompson and Lydia Ko set historical benchmarks while blossoming as the Tour’s youngest ever champions.  And evidently, not one has been “cover worthy” for Golf Digest.  “Growing the game” means a need for more role models and in these exciting times for women’s golf, the LPGA is overflowing with them.

At this point, I’m done talking about it and I hope the attention of the media and fans will shift in the proper direction.  The true stars representing women’s golf have a grand stage this weekend at the Kraft Nabisco Championship.  I’m confident that the year’s first major championship will result in another compelling champion and the traditional Sunday leap into Poppie’s Pond will grab the media spotlight it so deserves.

Jerry Tarde, Golf Digest’s editor in chief, released a statement on their website regarding the cover.

“Sports figures, celebrities and models have appeared on Golf Digest covers since the magazine’s beginning,” stated Tarde. “Paulina ranks at the high end of the golf celebrity scene today, and she has a compelling story to tell. She also might get some new people interested in the game.”

The May issue, in which Gretzky demonstrates six golf-improvement exercises and discusses her myriad connections to the sports world, will be available in tablet edition April 8, and on newsstands April 15. You can see photos from Gretzky’s cover shoot here.