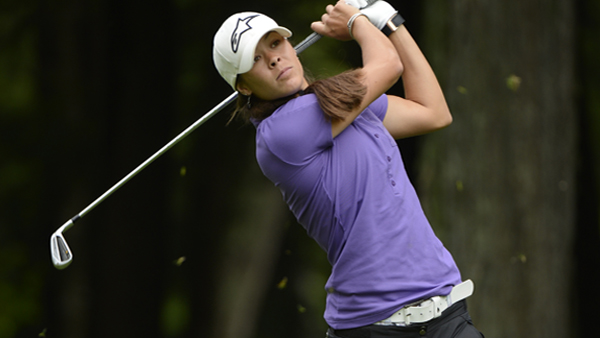 VENICE, Fla. – Ginger Howard of Bradenton, Fla. shot a 1-under 71 Friday to earn medalist honors at the LPGA Qualifying Tournament Stage II at Plantation Golf and Country Club.  Howard finished with a four-day total of 9-under 289, one stroke clear of Alison Lee of Valencia, Calif.

The cut was made at 7-over 295 and 85 will advance to Final Stage of LPGA Qualifying Tournament.

Howard won medalist honors in 2011 at LPGA Qualifying Tournament Stage II and will be heading to her fourth final stage. She is the first player to medal twice.

“Last time, I was like ‘let’s go celebrate’ but this time I am going to stay poised.”

Leading the Canadians was Kelowna, B.C.’s Samantha Richdale, who finished at 5-under 283.

Mississauga, Ont.’s Brogan McKinnon led thru 36 holes and finished tied for 51st at 3-over 291.

Amateur SooBin Kim of Coquitlam, B.C. climbed into the top 80 thanks to a final round 69. She finished the event at 6-over 294.

Brittany Henderson of Smiths Falls, Ont. rounded out the Canadians advancing to the final stage of LPGA Tour Q-School. She tied for 78th at 7-over 295.

Players that finished 72 holes at Stage II, but did not advance to Stage III will have category “I” status on the Symetra Tour priority list.

Players that complete a minimum of 72 holes at Stage III and do not receive 2015 LPGA membership in category 12 will receive category “D” status on the Symetra Tour priority list.