The LPGA Championship is getting a new name 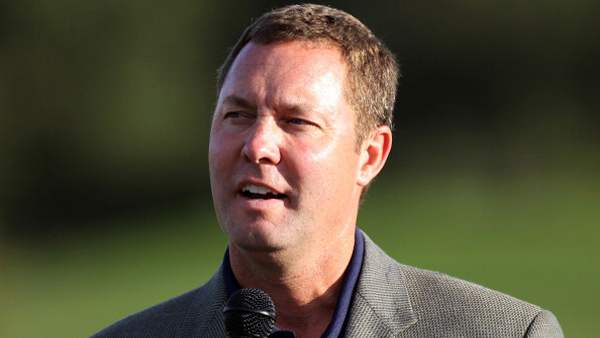 DUBLIN, Ohio — The LPGA Championship is getting a new name, two big partners and a lot more exposure.

In what amounts to a merger announced Thursday morning, the LPGA Tour and PGA of America have become partners in the Women’s PGA Championship. It will be the first women’s major run by the PGA of America starting in 2015 at Westchester Country Club in New York.

KPMG will be the title sponsor and use the week to host a major conference that brings together top female executives from business, politics, sports and society.

“Of anything we’ve done over the last 18 months, there’s nothing I’m more excited about than this,” said Pete Bevacqua, the chief executive of the PGA of America. “We’re excited because we feel we need to do something big, something important with the women’s game. Our two key mandates are serving our members and growing the game. And so much of growing the game is getting more women involved.”

The plan is to move the KPMG Women’s PGA Championship around the country. The purse will increase in 2015 to $3.5 million, up from $2.25 million this year, and it will become only the second LPGA Tour event on network television, joining the U.S. Women’s Open.

NBC Sports will televise the Women’s PGA on the weekend.

The LPGA Championship dates to 1955 and had been sponsored by Wegmans in Rochester, New York. LPGA commissioner Mike Whan said Wegmans had reached a point that it could no longer be a title sponsor, and the solution proved to be ideal.

The partnership means the LPGA can lean on the PGA of America to run the major – Kerry Haigh, who sets up the PGA Championship and American-based Ryder Cup courses, will be in charge of Women’s PGA. And it allows the LPGA’s second-oldest major to rotate to major markets.

Whan said most of the championships will be in the New York area, allowing KPMG a strong market to host its business forum, though it would move to other markets to create space from a glut of majors in the area over the next decade.

Westchester was a popular stop on the PGA Tour for 40 years until 2007, with a list of winners that included Arnold Palmer, Jack Nicklaus, Seve Ballesteros and Ernie Els.

“I am so excited to see the LPGA Championship take another huge leap forward,” said Nancy Lopez, a three-time LPGA champion. “For me, it has always been a special event that every player strives to win. But now, with the addition of network television, the awesome jump in prize money and the rotation of world-class venues – plus the opportunity to impact women in golf and in business – this is big time.”

One part of the merger includes teaching professionals.

The PGA of America has women among its 27,000 members. The LPGA has its own Teaching and Club Pro division. Starting next year, Whan said the Women’s PGA Championship field would include spots for club professionals from both organizations, a total number expected to be about eight players.

Whan said the idea came together quickly, and that KPMG was the first company they approached.

“They’re going to have a significant impact outside the ropes,” he said.

KPMG’s involvement in golf main had been endorsement deals with Phil Mickelson and Stacy Lewis, both of whom won the British Open last year. A big part of the week at the Women’s PGA will be a symposium for top business leaders that will be held on site.

“This sponsorship provides KPMG with a unique opportunity to take a leadership role in expanding women’s leadership, on and off the golf course,” said John Veihmeyer, global chairman of KPMG.

The LPGA Championship will be played Aug. 14-17 at Monroe Golf Club outside Rochester for the last time under its old name.