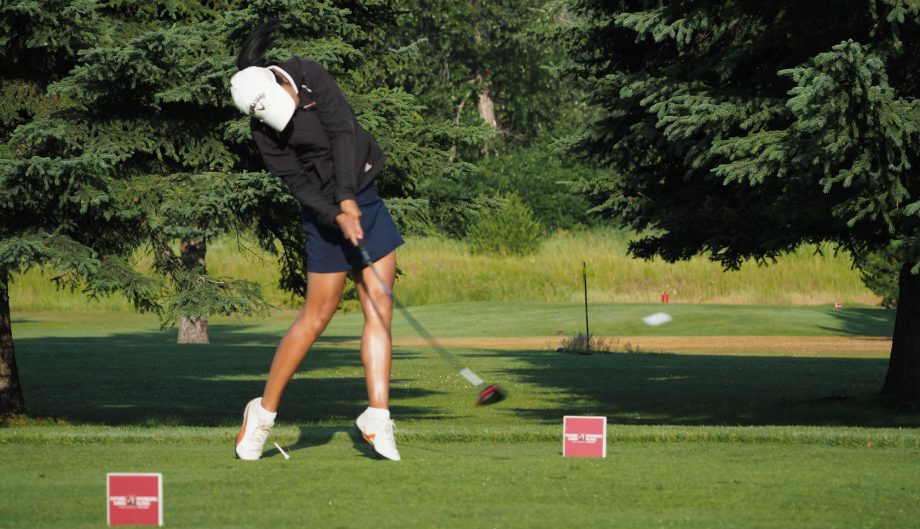 FERNIE, B.C. – Logan Carver retained his lead in the boys division while Claire Lovan leaped to the top of the girls division at the Future Links, driven by Acura Western Championship at Fernie Golf Club on Wednesday.

Carver shot a one-over-par 71 and maintained his lead by one stroke heading into the final round. Early on it looked as if the Calgary, Alta., native was going to extend his lead after he made the turn 3 under par with three birdies on his card, but the 18-year-old faltered on the back nine with a double bogey on the 12th hole and two bogeys in his final three holes.

Ty Steinbring of Barrhead Alta., played his way into second place at the end of round two. The 17-year-old carded five birdies and a single bogey en route to a 4-under-par 66 to bring him to 3 under on the tournament.

Sitting two strokes back of Carver is the Pincher Creek, Alta., product Ethan Choi who shot a bogey-free 68. Through two rounds, the only blemish on his scorecard is a double bogey on the eighth hole from round one.

Zander Park of Calgary, Alta., recorded the low round of the day. The 18-year-old shot a 65 – the same score Carver carded in round one – propelled five birdies and an eagle. He sits at T12, seven strokes back of the leader.

In the girls division, Claire Lovan from Surrey, B.C., shot a 3-under-par 69 to move her one stroke ahead of Tuesday’s leader Angela Zhang. Lovan enjoyed a rollercoaster-like round that included one eagle, five birdies, two bogeys and a double bogey and moved her to even par on the tournament.

Zhang got off to a slow start and carded three bogeys in her first six holes, but the 15-year-old from Vancouver, B.C., managed to head to the back nine at 2 over par and recorded an important eagle on the final hole to keep her at 1 over for the tournament.

Rounding out the top three is Sydney Scraba from Calgary, Atla., who carded six birdies and seven bogeys to move her to three over on the tournament, three strokes back of Lovan.