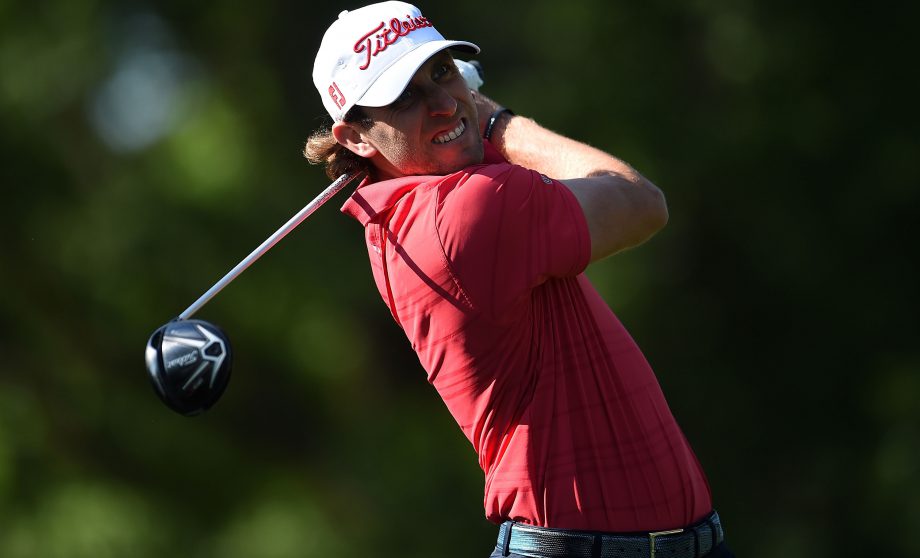 CHARLOTTE, N.C. – Phil Mickelson said this week it is “imminent” that he’ll win the Wells Fargo Championship sooner or later.

The 46-year-old is in contention once again at one of his favourite tournaments, although he will need to outplay former champions Rory McIlroy and Rickie Fowler to make good on that prediction this week.

Andrew Loupe topped the leaderboard Friday at 8 under after a 71, an up-and-down round with four birdies and three bogeys. Roberto Castro was a stroke back after a 66, the best round of the day. He eagled No. 18, one of the toughest closing holes on the PGA Tour.f

Chesson Hadley and Mark Hubbard were two shots back. Hadley had a 67, and Hubbard shot 68.

But big names were looming.

Fowler shot a 68, and Mickelson had a 70 to reach 5 under. McIlroy, the defending champion and only two-time winner of the event, bogeyed the final two holes for a 69 to drop six strokes back.

Mickelson has tied for fifth or better six times in 12 starts at Quail Hollow, but has never won.

While Mickelson said it’s “still a little early” to start thinking about winning. He was striking the ball well the past week in practice, but can’t put his finger on why he’s missing so many fairways with his driver.

“My touch around the greens, my short game is as good as it’s been in a long time and I think it will save me if I happen to not strike it well,” Mickelson said. “If I do strike it well, I think there’s a really low round in there.”

He’s winless since the 2013 British Open.

Fowler had five birdies and one bogey before saving par with a 13-foot putt on 18.

McIlroy got rolling when he chipped in for eagle from just off the green on the par-5 seventh hole. He followed that with three birdies in the next four holes to get to 4 under for the tournament and looked as if he was going to start a big run. But three bogeys on the back nine stunted his momentum.

“Rory and I definitely enjoy the times we get to play together,” Fowler said. “It was fun to kind of get each other going a bit and kind of feed off each other. It would have been nice to get a few more for the both of us.”

Despite the poor finish, McIlroy called it a step in the right direction after going nearly a month without playing competitive golf.

Now McIlroy is hoping to carry a little weekend magic over from last year. He shot 14 under on Saturday and Sunday last year to win by seven strokes.

“If I get off to a fast start (on Saturday), then I’ll be right there back in the tournament,” McIlroy said.

The 27-year-old Loupe has three top-10 finishes this season, but is still looking for his first victory. Despite the lead, he knows there is a lot of work to be done.

“It’s halftime,” Loupe said. “There’s a lot of good golfers right behind me. Just do my best to stay in this very moment.”

For the second straight day, there were some bizarre moments at Quail Hollow Club.

One day after a spectator was escorted from the property by police for tossing a ball with an earplug attached to it at McIlroy and Fowler while they were on the tee box, Zac Blair was disqualified after hitting his head with his putter – and then using the bent club to finish out the hole.

Blair said in a statement he didn’t notice the putter was bent until the next hole, at which time he immediately turned himself in by notifying a PGA Tour official of the situation.

“Going forward I’m going to do my best to not let my emotions get in the way out on the golf course,” Blair said in the statement.

There were some bizarre shots, too.

Jason Kokrak’s ball landed in an elevated tent near the 18th green. With tables and chairs on each side of him and fans holding glasses of wine on either side of him, Kokrak chipped off the green artificial grass rug through a small opening “Tin Cup” style to 17 feet of the hole before two-putting for bogey. Unlike the fictional Roy McAvoy, Kokrak failed to make the cut.

Adam Hadwin, of Abbotsford, B.C., and Grahaem DeLaet, from Weyburn, Sask., are the only Canadians that will tee off on Saturday. DeLaet had a 71 and is 1 under while Hadwin shot a 74 and is 1 over for the tournament. Hamilton’s Mackenzie Hughes, David Hearn of Brantford, Ont., and Abbotsford’s Nick Taylor failed to make the cut.

Jim Furyk, playing in his first tournament in eight months in his return from a wrist injury, also missed the cut with rounds of 73 and 75.