Lots on the line at TOUR Championship of Canada 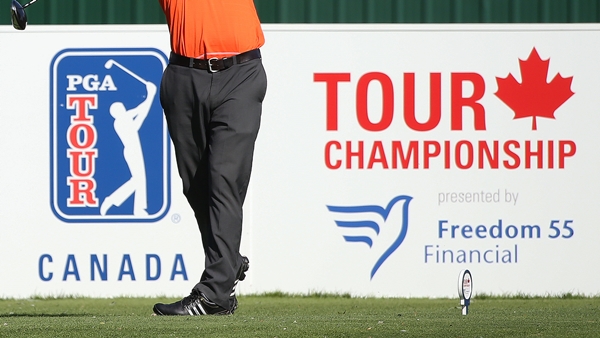 LONDON, Ont. — Mike Gligic knows what’s on the line when he arrives in London this week for the PGA Tour Canada’s Tour Championship.

Two weeks ago the Burlington, Ont. golfer lost in a playoff to Nate McCoy at the Wildfire Invitational. Heading into that tournament, Gligic, 25, was having a mixed year, even poor by his standards. After all, Gligic was one of the bright lights on PGA Tour Canada in 2012 when he won and had three Top 10 finishes.

But this year through the first handful of PGA Tour Canada tournaments Gligic found himself on the outside looking in when it came to Tour Championship presented by Freedom 55 Financial. Revised this year, the Tour Championship, which kicks off at Sunningdale Golf and Country Club in London on Sept. 11, will be a tournament without a cut and only open to top 60 players on the order of merit.

A couple tournaments prior to the Wildfire event, Gligic was concerned he might miss out on qualifying for the Tour Championship. That situation was resolved with two Top 5 finishes, including the Wildfire tournament where he jumped 24 spots to 11th on the order of merit. Players finishing one through five on the money list gain access to the Web.com Tour, while those sixth through 10 earn exemptions into the final stage of Web.com Tour qualifying school, and those players from 11 to 20 get into second stage. Needless to say there’s lots on the line for those hoping to one day play the PGA Tour.

“If you’d asked me about it a couple of weeks ago, I’d have told you I thought [the Tour Championship] was silly,” says Gligic, laughing. “But now that I’m in it, I think it is cool. There’s a good vibe around the tournament and this week [in Cape Breton]. I think everyone knows where they are heading on the money list and they know there’s so much on the line.”

Last year the Tour Championship didn’t have the same degree of prestige. The winner at Sunningdale’s inaugural event, Quebec’s Max Gilbert, came out of left field to win the tournament. Given his position on the money list last year, he wouldn’t even get into this year’s field. And there’s a chance that the winner of the event—who will receive $27,000 for first place—will vault into the top five and punch their ticket to the Web.com Tour.

Last year’s top player on PGA Tour Canada, two-time Canadian Amateur winner Mackenzie Hughes, remembers well what it was like at the top of the order of merit. However, he missed the cut at the Tour Championship last year and had to come back on Sunday in the rain to accept his award as the leader of the tour’s money list.

Hughes, who had mixed success on his rookie year on the Web.com Tour, says the changes to the Tour Championship are positive.

“I think by the tour making these changes for the last event it’ll feel more important,” says Hughes. “I think the changes are great. But they are big changes. If they’d had them in place last year the guy who won wouldn’t have even been in the field. So it creates a really interesting dynamic.”

Jeff Monday, president of PGA Tour Canada, says that was the goal of the changes. The tour wanted to reward those players who played solidly throughout the year. Last year, there might not have been enough tournaments in the inaugural PGA Tour Canada schedule to warrant a no-cut tournament, but with 11 events this year leading into the Tour Championship, Monday says it makes sense.

“It is an elite field and it heightens the competitions and we wanted to reward the guys who had solid years,” says Monday. “And that’s not just guys battling for the top five, but for the spots between six and 10 and 11 and 20. The idea was to make this stand as a culmination of the year with a lot on the line.”

Monday says the Tour Championship also places more emphasis on the tournaments leading into it. For example, players will battle in Cape Breton at the Lakes or at Wildfire near Peterborough just to move up the leaderboard and gain access to the Top 60 on the money list that allows them to play the Tour Championship.

For Gligic, the runner-up finish at Wildfire moved him up the money list heading into the final tournaments, but there’s no guarantee. He’s battling for one of the top five spots on the order of merit that would offer him status on the Web.com Tour, a stepping stone to the PGA Tour. Gligic is pretty much assured of a spot in second stage qualifying, but has his sights set on something greater.

“I played well at Wildfire,” he says. “It was a good week and hopefully I can keep it up and move forward.”

And in Gligic’s case moving forward potentially means cracking the next barrier to the PGA Tour. And he’s not alone. He’s just one of 60 golfers who all know what the next step is towards fulfilling their dream, and figure it lies through the Tour Championship.