Looking forward to Our Open 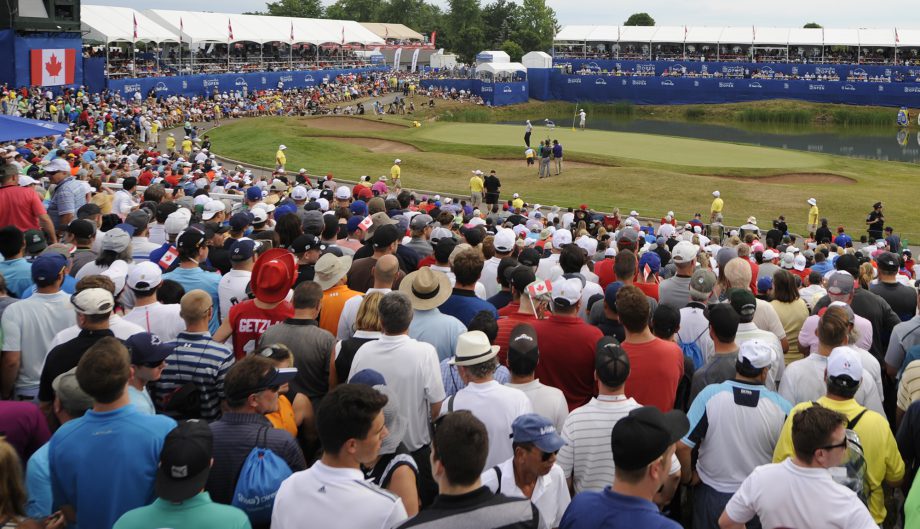 There are many reasons to come to Our Open, first played in 1904 and the third-oldest continuously running tournament on the PGA TOUR after The Open and the U.S. Open.

Although the tournament proper doesn’t begin until Thursday, there’s lots going on beforehand.

On Saturday, July 22, the RBC Canadian Open 5K run takes place at 9 a.m. starting near the first tee of Glen Abbey Golf Club and finishing alongside the 18th green.

On Monday, there’s the Canada Day Pro-Am where teams of three amateurs will be joined by one of our country’s top golfers or a Hall of Fame player. This year, among other notables, Adam Hadwin, Nick Taylor, Graham DeLaet, Alena Sharp, David Hearn, Brad Fritsch, and Jared du Toit are scheduled to participate. It’s a celebration of Canadian golf and, suitably, proceeds from the event will go to the Golf Canada Foundation to support the developmental pathway for young golfers in this country.

On Tuesday, the official opening ceremony takes place at 10 a.m. on the stage at the Coors Light 19th Hole Beer Garden where Judy Darling Evans and Bob Vokey will be inducted into the Canadian Golf Hall of Fame. Admission is free. Tuesday is practice day for the pros, too, so it’s a great chance to see some of the world’s best players in a relaxed atmosphere.

Things tighten up just a bit on Wednesday, when the Championship Pro-Am pairs three amateurs with a top pro. Although the pros are no doubt thinking ahead to the opening round of the championship the next day, the banter and camaraderie of this event make it almost as fun to watch as to play in.

Way back in 1954, Pat Fletcher was the last Canadian to win Our Open. Oh, we’ve been close since. In 2004, Mike Weir lost a playoff to Vijay Singh. In 2015, David Hearn had a two-shot heading into the final round before being defeated by a charging Jason Day. Last year, Jared du Toit, then still an amateur, finished tied for ninth. Friday at this year’s Open is Red and White Day where spectators have the chance to cheer on our homegrown heroes by wearing red-and-white apparel.

Parking is free as are the complimentary shuttle buses to and from the course. The new GO to the RBC Canadian Open ticket includes a one-day pass Friday to Sunday and a round-trip GO transit fare to the Oakville or Bronte GO station.

I wish I could say that during this, Canada’s 150th birthday year, I could come up with 150 reasons for everyone to attend Our Open. But this is a start. And if you do, I’m sure you will come with close to that number to come back year after year.