London is the heart of Canadian golf in 2014 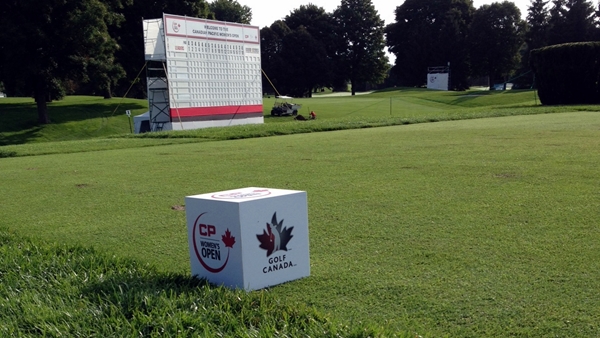 LONDON, Ont—For Doug Alexander, the fact that much of Canadian golf has come together in Southern Ontario this summer is just happenstance.

Alexander, the president of Golf Canada, is an accountant by trade. So he knows what the numbers add up to, even if he says it wasn’t part of a master plan.

This week London, right in the center of Southwestern Ontario, will host the Canadian Pacific Women’s Open. Earlier this year the city held Golf Canada’s annual meeting. In September PGA Tour Canada’s Tour Championship will be battled over at Sunningdale Golf and Country Club, just a few minutes’ drive from London Hunt, where Lydia Ko will shop up this week as two-time champ.

But it doesn’t stop there. The Canadian Women’s Amateur was contested at Craigowan in Woodstock, about 40 minutes east of London, and an equal distance west, at Maple City, Courtney Tolton won the Ontario Junior Girls title.

Scott Simmons, CEO of Golf Canada, says there are some real advantages to having such a large number of significant events in one area.

“Once you realize you have this critical mass of events and can market it around it by calling London the capital of golf this summer,” Simmons says. “The breadth of golf in that area makes it a hotbed of golf in Canada.”

According to Alexander, the decision to head to London for the event was made by CP CEO Hunter Harrison. He liked the market and the natural synergy it has with the Canadian Women’s Open. The tournament last appeared in London in 2006, the first year it was with CN, and drew record crowds. Mid-markets like London tend to draw enthusiastic fan support, and CP, under Harrison, was keen on revisiting the town and venue, London’s Hunt Golf and Country Club, where the 2006 tournament was met with such fanfare.

Mark Wallace, CP’s chief of staff and vice-president of corporate affairs, said the company was anxious to take the tournament to London, certainly with the recognition of the success the LPGA and Golf Canada had with it eight years ago.

“It presents a great opportunity,” he said at a press conference in London earlier this year.

Golf Canada works with the title sponsors to find locations that work for their respective tournaments both from a fan perspective, and strategically for the business, says Simmons. London, it turns out, is “good for both parties,” he adds.

“You want to work with the CP and make sure it achieves their goals,” he says. “And for London it is just a wonderful market for this type of event. That market always wraps around big events and it is a big market for CP. And then the quality of golf is great—you can’t do better than London Hunt.”

And so far this summer London has seen its share of high-profile successes. Smiths Falls, Ont.’s Brooke Henderson won the Women’s PGA Championship at Firerock Golf Club, just outside of the city, at the end of July, and turned up at the Hunt Club the next day to see the course in preparation for the CP Women’s Open. Who did she play with during her visit? None other than Doug Alexander, who also happens to be a member at London Hunt, and took Henderson and her father around the course as the 16-year old prepared for the tournament.

Alexander admits there are a lot of connections among the golf tournaments in the region, though there was never a grand design.

“In a funny kind of way everything has come together,” says Alexander. “Though a lot of it is really just accidental.”

That doesn’t mean it all works easily. There’s still corporate support needed for many of the events. And yes, CP has stepped up for the women’s open in London, and Freedom 55 has back the PGA of Canada’s Tour Championship, which is run by Golf Canada. But Alexander admits that corporate support can be a challenge in a community like London, which was hard hit by the economic downturn of 2008.

“This has been a tremendously generous community as far as golf goes,” he says.

In the end, Alexander says the biggest question about the Southern Ontario golf juggernaut is what the impact on the area will be once all the events have been completed. As the national sports organization in charge of golf, Alexander says there’s a real goal of improving the visibility of the sport at the elite level, something the region will have seen plenty of, from the elite amateur level through to the professionals. And when all is said and done, and the tournaments are over and the corporate tents have been put away, what’s key is the lasting ramifications of the tournaments and the people who connect with golf in some fashion.

“As a national sports organization you want to improve in any way you can the culture in your sport,” Alexander says. “This is the perfect opportunity. When we get to October, and all of these events are completed, there’s a real chance of increasing the interest in golf. And if we do that, we’ll have accomplished something.”