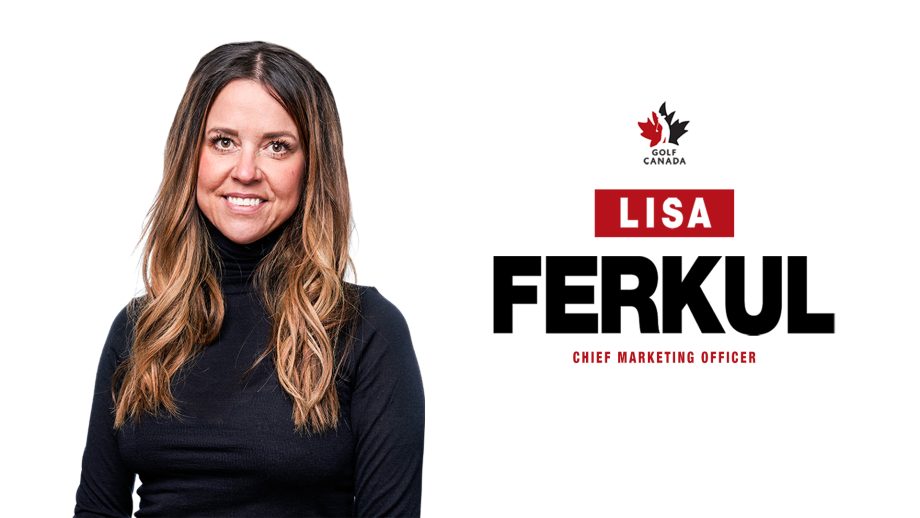 Ferkul joins the Executive Team of the National Sport Federation after serving more than ten years with Scotiabank, most recently in the role of Director & Head, Canadian Sponsorship Marketing. Her portfolio of responsibilities included all brand, creative, strategic development, digital and social media as well as relationship management for the Bank’s sponsorship marketing portfolio in Canada inclusive of two verticals: Hockey and Arts & Culture.

“Lisa is a dynamic and accomplished sports executive who will take on an instrumental role in the advancement of Golf Canada’s sport programs and commercial properties as well as our signature golf championships,” said Golf Canada CEO, Laurence Applebaum. “Lisa brings exceptional energy and a depth of leadership that will play a critical role in the continued development and execution of Golf Canada’s integrated marketing, communications, digital strategy.”

“I am beyond excited to be joining the incredibly talented team at Golf Canada at a time when golf is thriving across the country,” said Ferkul. “As a passionate golfer and sports marketer, I look forward to contributing to the growth and development of the sport and will work tirelessly to continue driving that momentum.”

The Toronto resident was also a leader in the development of Scotiabank’s diversity, equity, and inclusion strategy in hockey (hockey for all), extensive growth of the bank’s community hockey programming, and was a key member of the deal team that negotiated the landmark $800MM MLSE partnership expansion including Scotiabank Arena naming rights as well as official bank status of the Toronto Maple Leafs and Toronto Raptors.

In 2017, Ferkul was named among the 5 to Watch – Canada’s Sport Business Awards, an annual recognition of five of the most influential and accomplished Canadians under the age of 40 in the business of sport.

A depth of professional association and volunteer experience, Lisa has contributed to a number of organizations including the BlackNorth Initiative; the Sponsorship Marketing Council of Canada; and the Toronto chapter of Women in Sport & Events (WISE).

Ferkul is a graduate of the University of Western Ontario (Honours BA, Kinesiology) and earned a Public Relations Post-Graduate Certificate from the Humber Institute of Technology and Advanced Learning.