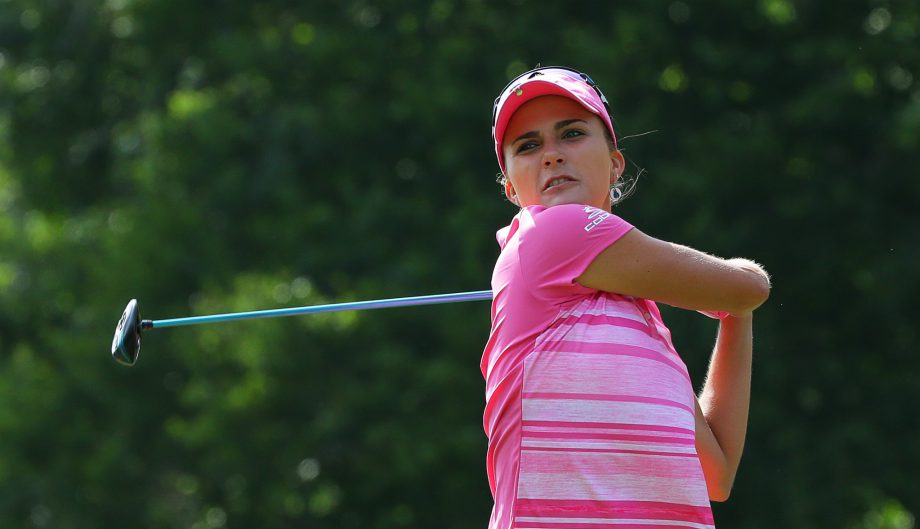 Lexi Thompson remained in position for her first victory since a rules infraction cost her a major title, shooting a 2-under 69 in tricky wind conditions Saturday to take a three-stroke lead over In Gee Chun into the final round of the Kingsmill Championship.

Thompson is playing her third event since losing the ANA Inspiration in a playoff after being penalized four strokes for a rules violation that a TV viewer reported.

“I’m as determined as any other person out here,” Thompson said. “We all want to win. I have a little bit more drive now I would say, but I’m just going to go out there and be confident and see where it goes.”

The long-hitting Florida player had three birdies and a bogey – on the par-3 17th – to reach 14-under 199 on Kingsmill’s River Course.

“Pretty solid, just was all over the lips today on the greens,” “ Thompson said. ”But I put some good strokes on a lot of my putts, so that’s all that matters. Hopefully, bring that into tomorrow.“

She has led after all three rounds, opening with consecutive 65s.

“Same mindset as the last three days,” Thompson said. “All I’m focusing on is my own game and sticking to my routine and committing to my lines off the tees and just having fun with my caddie in between shots.”

Chun had a 67. The two-time major champion had six birdies and two bogeys.

“I love tough courses,” Chun said. “Today was tougher because the wind was from a different direction.”

Top-ranked Lydia Ko was five strokes back at 9 under after a 70. Trying to hold off So Yeon Ryu and Ariya Jutanugarn for the No. 1 spot, Ko is winless since July.

“It was really tough out there with the wind action being opposite to what we’ve played the last couple days,” Ko said. “I thought the forecast said it was going to be light breeze. If this is light breeze, I don’t know what windy is.”

Gerina Piller, second entering her third straight round alongside Thompson, had a 74 to drop into a tie for ninth at 6 under.

The second-ranked Ryu, the ANA winner, was 4 under after a 72. The third-ranked Jutanugarn, defending the first of her five tour victories last year, had a 70 to also reach 4 under.