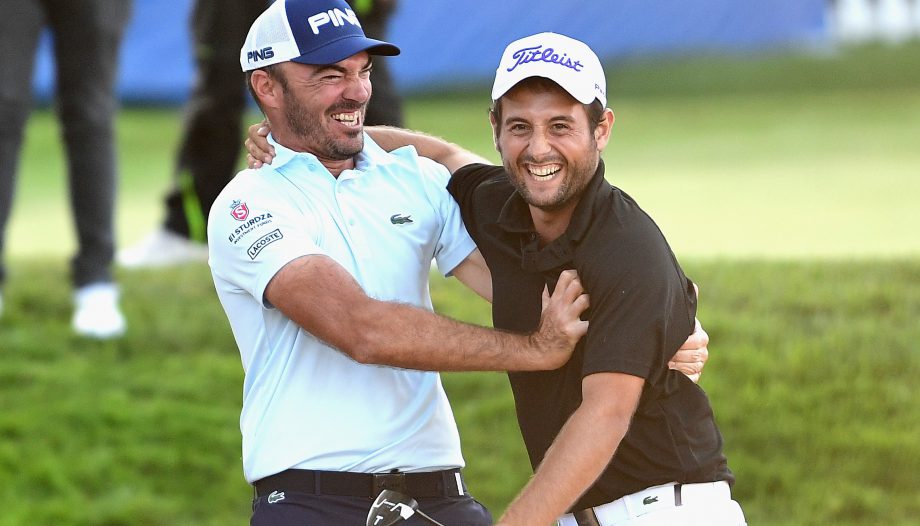 Levy had bogeys on the 16th and the 18th and narrowly missed a birdie putt on the 17th to finish the day at 2-under 69 and 19-under overall.

Fisher shot 7-under 64 on the final day but also missed a birdie putt on the 17th and tied with Levy on 19 under. Levy then made a birdie on the second playoff hole to claim the title.

The tournament was reduced to 54 holes because of fog delays over the first three days.

Levy entered the third and final round with a four-shot lead at 17 under after 36 bogey-free holes.

He had three bogeys in his first five holes as playing partner Fisher kept closing the gap to be one shot behind on the final tee.

The Frenchman put his second shot into the spectators’ area to send it into a playoff.

Levy missed his first three cuts of the season and then had two spells on the sidelines in the summer due to injury. But he has been in fine form since his return at the start of the month, finishing in a tie for seventh at last week’s Italian Open.