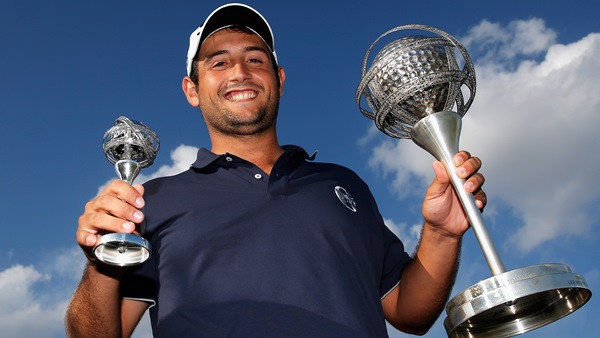 VILAMOURA, Portugal – Alexander Levy of France won the shortened Portugal Masters after the third and final round was abandoned because of further bad weather Sunday.

Thunderstorms and water-logged greens had already led to the event being reduced to 54 holes Friday, and more rain Sunday saw it finally cut to 36 holes.

Levy’s rounds of 63 and 61 on Thursday and Friday left him on 18-under 124 – three shots ahead of Belgium’s Nicolas Colsaerts.

Levy didn’t play Saturday while the rest of the field finished the second round.

“I played only four shots at the weekend and I won the tournament, but the most important thing is I have the trophy in my hand,” Levy said. “But it’s a special feeling at this time.”

“If at the start of the year you had said I would win two tournaments I would say `never!’ to you,” Levy said.

Chilean Felipe Aguilar was third on 13 under, with Romain Wattel, Richard Bland and Morten Orum Madsen tied for fourth.