Lefty gets it right, stays in mix at British Open 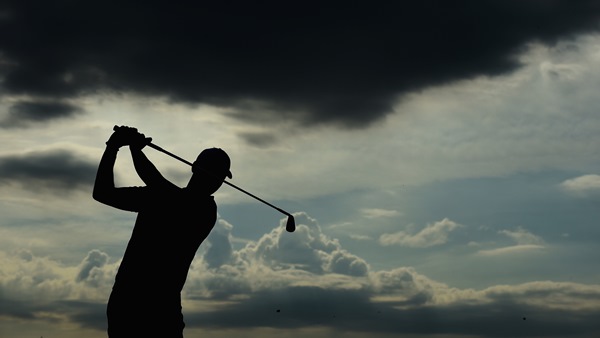 HOYLAKE, England – Phil Mickelson broke par in a major for the first time since he won last year’s British Open. It was just what he needed Friday at Royal Liverpool to stay in the hunt at this one.

Typical of Mickelson, it wasn’t easy.

He missed a 4-foot birdie putt after one of his best shots of the day, and was so irritated by that it caused him to bogey the next hole. He lost his tee shot on the par-5 10th hole, had to play another tee shot but still made par by getting up-and-down from about 215 yards away with a 2-iron.

A 15-foot birdie putt on the final hole gave Mickelson a 2-under 70, bringing him back to par for the championship.

“Fortunately, I was able to fight hard and get it back on the back nine because I was 1-over par and then hit one out of bounds, essentially,” Mickelson said. “So to get it back to even is good. And, hopefully, the weather is supposed to come in tomorrow. It will be tough for all of us.”

It looked plenty tough for him halfway through the second round.

Mickelson, who opened with a 74, appeared to be hitting his stride after a wild tee shot on No. 4 that flew over the gallery, so far right that it landed in grass that had been tamped down. He hit that to 4 inches for birdie, made eagle on the par-5 fifth hole and looked as if he would get under par when he hit a 5-iron on No. 7, the toughest at Hoylake, to 4 feet.

But he missed the birdie putt and walked quietly to the next tee, shaking his head. Mickelson usually puts blunders behind him quickly, but not this time. And it cost him. Playing aggressively to a pin tucked by a slope on the right side of the green, he went long and into the first cut. A flop shop wasn’t hit hard enough and rolled back off the green. He had to make a 4-footer to escape with bogey.

“I wasn’t patient,” he said. “I tried to get that shot a little close. And what happened is I drew that 8-iron with the wind, and when it’s going downwind, it just doesn’t stop. I should have hit it 30 feet. I thought, `I’m going to try to get one close.’ Hit it over the green, hit a poor chip and made bogey.”

Nothing saved his round quite like the 10th, however.

He never found his tee shot in the gorse and thick bushes and had to play his provisional, meaning he was playing his fourth shot from 215 yards away. He drilled a 2-iron onto the green and holed the short par putt.

Mickelson made it sound routine: “Lost ball, played the provisional in the fairway, hit a 2-iron to 6 feet and made it for par.”

Lefty didn’t drop a shot the rest of the way and closed with a birdie. Whether that’s enough depended on how the leaders fared in the afternoon and how much nasty weather arrives Saturday.

He was four shots out of the lead going into the weekend last year at Muirfield, and still five behind going into the final day. Mickelson closed with a 66, one of the great closing rounds in major championship history. He didn’t break par in a major over his next 11 rounds until Friday.

He has said he has been close at various times this year, though his last victory was at Muirfield.

Mickelson said he made a few adjustments on the back nine, such as extending his swing more toward the target, though his putting has been inconsistent.

“I’m striking it so good,” Mickelson said. “And if I putt the way I putted the last nine holes for the weekend, I’m going to have a good chance.”

That’s more than he can say for the two major champions in his pairing.

Two-time Open champion Ernie Els never recovered from that triple bogey on the opening hole that led to a 79. He shot 73 and will miss the cut at 8-over 152. Masters champion Bubba Watson bogeyed the last hole for a 72. He was at 4-over 148 and will also not play the weekend.