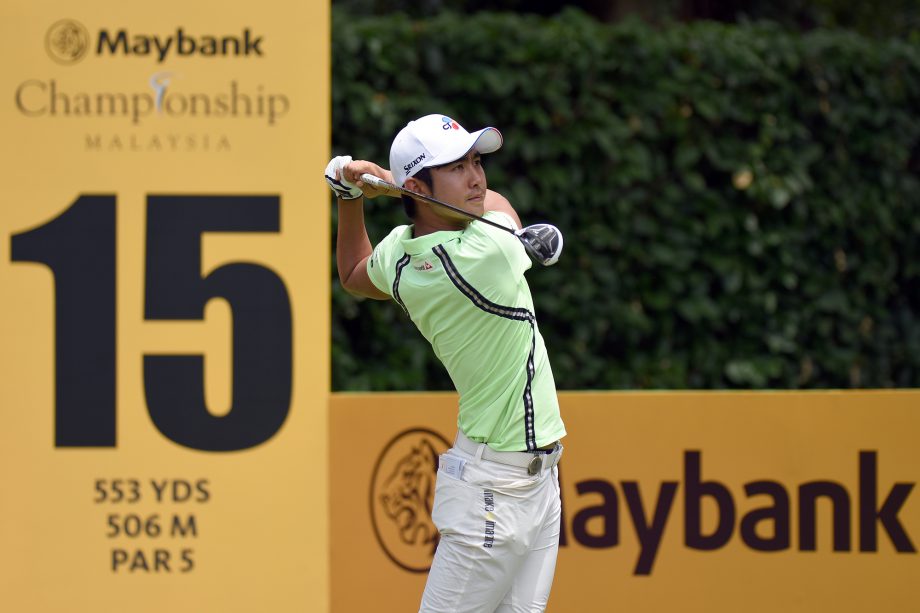 KUALA LUMPUR, Malaysia – South Korea’s Lee Soo-min put on a sizzling display with his irons to top the Maybank Championship Malaysia leaderboard on Saturday, opening a three-shot lead over closest rival Marcus Fraser after the third round.

Lee fired home nine birdies, including four in a row on the back nine, for a 7-under 64 to move to a total of 15-under 198 at Royal Selangor Golf Club.

Fraser had a 66 to be outright second, a stroke ahead of Australian compatriot and second-round leader Nathan Holman, who struggled with four birdies and a double bogey en route to a 73.

Lee, ranked 221 in the world, last won a title at the Gunsan CC Open on the Korean Tour last year.

“I had a good feeling this week because I like this course,” Lee said. “I hit many important iron shots and gained some confidence on the greens. I am a bit nervous thinking of the final round but I will try my best. This weekend will be very good for my golf life.”

Fraser is chasing his first title on the Asian and European Tour in six years.

“Probably somewhere round the 18-under mark will win it, depending on what the leader does tomorrow,” Fraser said. “There are a few guys stacked in behind him, so we’ll see what the final day brings.”

The trio of Masahiro Kawamura, Jorge Campillo and Miguel Tabuena trail Lee by five shots in a tie for fourth.

Tabuena, who won the Philippine Open last year intends to use his success on home soil as platform for a grandstand finish.

“Winning against the best in Asia really boosted my confidence. It showed that that I can compete against the finest and hopefully I can make some clutch putts tomorrow to win,” Tabuena said.

Malaysian Open champion Thongchai Jaidee was struck by illness and pulled out of the tournament, which is co-sanctioned by the Asian and European Tours.