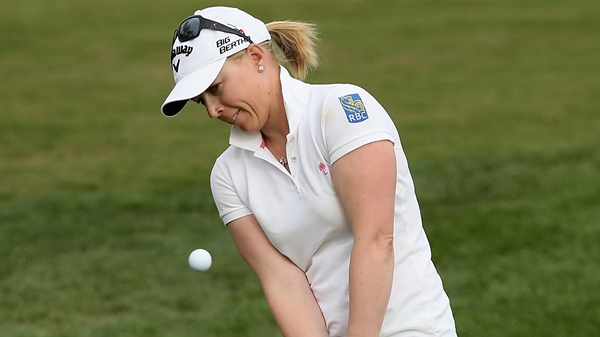 The 23-year-old South Korean player shot a 5-under 67 on Friday to take a two-stroke advantage over 16-year-old Lydia Ko into the weekend at Desert Ridge’s Wildfire Golf Club.

A three-time winner on the Korean LPGA, Lee played the final eight holes in 5 under, making an eagle and three birdies to reach 13-under 131. She opened with a 64 on Thursday for a one-shot lead.

Ko, the Canadian Women’s Open winner as an amateur the last two years, shot 66. The first-year pro played a late six-hole stretch in 6 under with an eagle and four birdies.

Jennifer Kirby of Paris, Ont. was the lone Canadian to survive the 36-hole cut in Arizona. Kirby carded a second round 1-under 71 and sits in a tie for 38th at 4-under 140 heading into the weekend. Toronto’s Rebecca Lee-Bentham sat in a tie for 18th after the opening round but struggled on Friday carding a 5-over 77 to finish three strokes outside of the cut line alongside Sue Kim of Langely, B.C. at 1-over par.