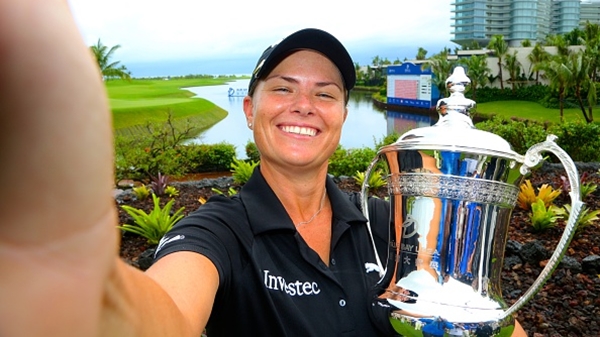 Four strokes ahead with five holes left when play was suspended Sunday because of darkness, Pace finished off a 5-under 67 for a three-stroke victory over Germany’s Caroline Masson.

Masson birdied the final three holes for a 67.

Michelle Wie and Jessica Korda tied for third at 11 under.

Wie finished with a 70. She tied for fifth last week in South Korea in her first start since withdrawing from the Evian Championship in September after reinjuring her right hand.

Korda, tied for the second-round lead with Pace, closed with a 72.

Rain delayed play for nearly four hours Sunday with the leaders halfway through the round, leading to the Monday finish in the tournament cut from 72 to 54 holes after play was washed out Friday. The start Monday also was delayed by showers.

The tournament was the fourth stop on the six-event Asian Swing. The LPGA Taiwan Championship is next week, followed by the Mizuno Classic in Japan.