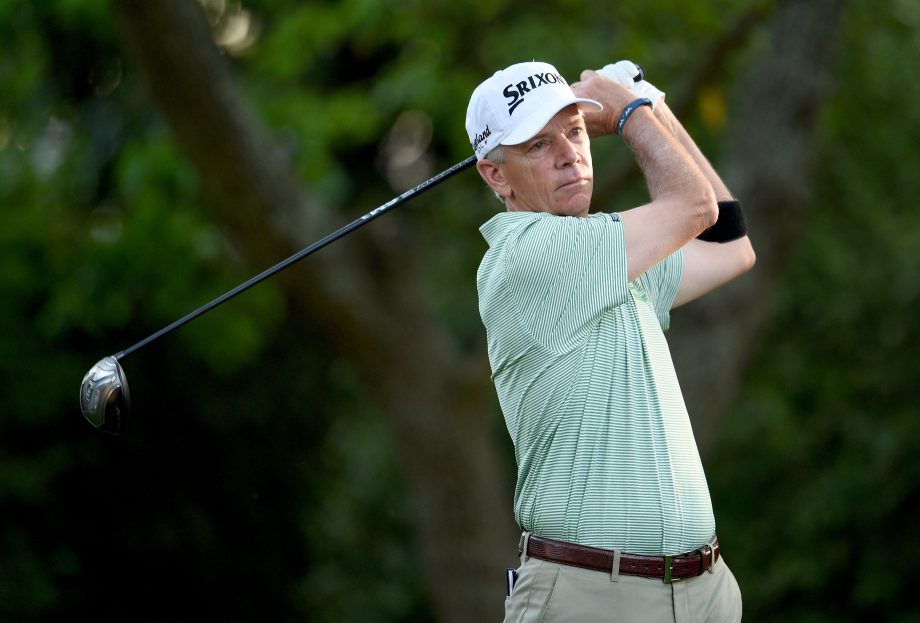 SNOQUALMIE, Wash. – Larry Mize birdied the par-5 18th hole for a 5-under 67 and a two-stroke lead over Fred Couples and four others Friday after the first round of the Champions Tour’s Boeing Classic.

The 56-year-old Mize had a bogey-free round at TPC Snoqualmie Ridge. The 1987 Masters champion won the 2010 Montreal Championship for his lone title on the 50-and-over tour.

“I am pleasantly surprised,” Mize said. “I’ve been working hard to get things turned around. I was optimistic I could have a good week.”

Couples, trying to win his hometown event for the first time, was tied for second at 69 with Billy Andrade, Carlos Franco, Jeff Freeman and Chien Soon Lu.

Mize hasn’t had a top-10 finish in more than two years. He said “a little bit of everything” has been holding him back.

“More ball-striking than anything,” he said. “I guess you could say I’ve gotten my swing out of whack and I’ve just been having a hard time getting it back going again.”

Couples, from Seattle, played in the featured group with Bernhard Langer and Jeff Maggert, coming off his third victory of the season two weeks ago in Alberta. Couples, who shot a 59 Wednesday in a warmup round at the nearby Broadmoor Country Club, birdied Nos. 10, 11 and 15 also closed with three straight pars.

“I think the birdies on 10 and 11 kept the round where I got under and stayed there,” Couples said. “The greens were beautiful, rock hard, which everyone kind of likes. Larry Mize had a phenomenal round. You can tell because 15th-18th place is 1 under. That’s a long cry from 67. A 69 here before was a really nice score.”

The field average of 73.35 was the second highest for any round in the 11-year history of the event.

Couples used the same putter he had for his 59. He said it was a club that had been sitting around at a friend’s house.

“I’ve been known to leave clubs around,” he said. “I left that one there. I saw it and we went out and played. I left mine (old one) in the room. I didn’t think I could give up on it after shooting a 59. It’ll be in my bag (this weekend).”