Langer coasts into 4th round at Senior Players Championship 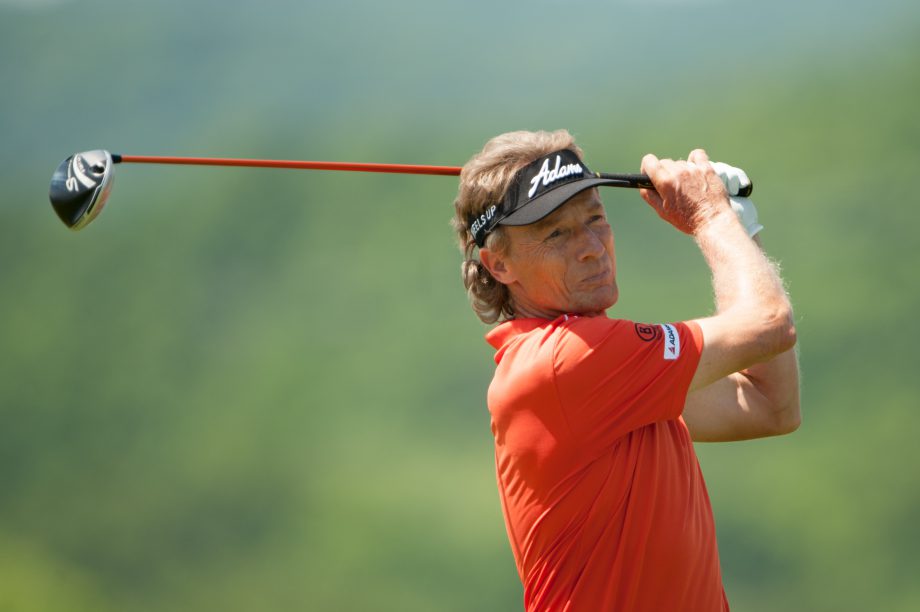 BELMONT, Mass. – Bernhard Langer has an eight-stroke lead heading into the final round of the Senior Players Championship, and that doesn’t leave much hope for the golfers chasing him.

The defending champion shot a 4-under 67 in the third round on Saturday and is 16 under in the third senior tour major of the year. Langer has never shot worse than 70 in the final round of the Senior Players.

At the Senior British Open last year, he led by eight strokes after 54 holes and won by 13 – the largest margin of victory in Champions Tour history.

“My goal is to shoot under par. And, if I can do that, it will be very difficult for anyone to catch me,” said Langer, who is trying to become the first repeat winner at the event since Arnold Palmer in 1984-85. “I’m eager to put a `W’ behind my name. But I’m not saying I’m there yet.”

Russ Cochran was even for the day and in second place at the 6,812-yard, par-71 Belmont Country Club.

“He’s a heck of a player and you expect him to take care of his business,” said Cochran, who hasn’t won on the Champions Tour since 2013. “I’m hoping to use this as a building block. … You never know, a victory down the line might start right here.”

Scott Verplank shot a 66 in the third round to move into a four-way tie for third with Colin Montgomerie, Jeff Hart and Guy Boros. Billy Andrade started the day at 1 under and birdied three of the first four holes. He eagled the par-4 eighth hole and finished at 6 under, tied for seventh.

“I knew I needed to shoot a couple of 65s and maybe Bernhard would relax over the weekend,” said Andrade, who is from Bristol, Rhode Island. “But he’s playing so good I don’t know if anyone has a chance.”

After matching 65s in the first two rounds, Langer had a pair of birdies on the front nine and two more on the back in his second straight bogey-free round. He is seeking his 24th victory on the Champions Tour, tying him with Miller Barber for fourth on the career list.

His eight-stroke lead after 54 holes is tied for the largest in the tour’s history. He was ahead by eight after three rounds at Royal Porthcawl last year, matching Jack Nicklaus’ lead in the 1991 Senior PGA Championship.

“Whenever you have a lead on a very good field it takes some really good play,” Langer said. “There are some great champions out there.”

Hale Irwin, who turned 70 on June 3, shot 70 on Saturday. It’s the 18th time he has matched or bettered his age on the Champions Tour.

Montgomerie and Boros each threatened Cochran for second place, improving to 8 under before bogeying the 17th hole. When Langer came around to the 501-yard, par-5, he chipped to six feet to set up another birdie.

“We all kind of marvel at his clarity. He stands over it and he performs,” said Cochran, who will be in the final group with Langer again on Sunday. “So that’s what I take from the day: just how he goes about his business and what a great performer he is.”