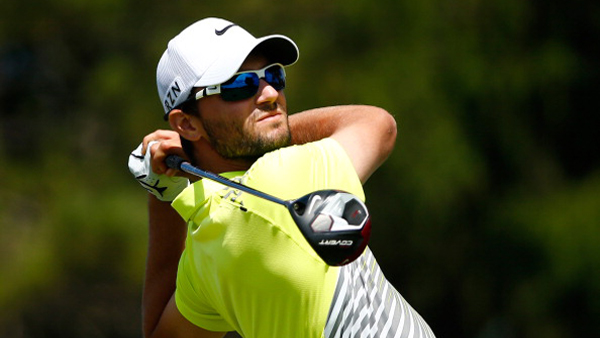 MONTREAL – Kyle Stanley took advantage of sunny weather and soft greens to take the early clubhouse lead with an opening round of 5-under 65 at the US$5.7 million RBC Canadian Open on Thursday.

Stanley was 5-under over his first nine holes, which was the back nine at Royal Montreal’s par-70 Blue Course, and held that score to take the lead with half the field still on the course.

“I love this golf course,” the Gig Harbor, Wash., native said. “It’s similar to the one I grew up with in Washington, so I felt pretty comfortable.

“I hit the ball well on my first nine today. I was able to make a few of the long range putts that got the round going for me.”

Six players were tied at 4-under 66, including Justin Hicks, Charlie Wi, Greg Chalmers, Nick Watney, Robert Allenby and Troy Merritt. Another 10 were at 3-under.

Heavy rains the previous day made for ideal scoring conditions, but Stanley said the 7,153-yard layout is still a challenge.

“I’m surprised that 5-under is leading right now,” he said. “But you can take advantage of a lot of these holes if you drive it in the fairway.

“That front nine is pretty difficult. There’s a couple of mid-irons into the greens and a 500-yard par-4, so it’s a kind of sneaky-demanding course.”

Stanley is best known for posting his only PGA Tour win a week after a memorable collapse.

In 2012, he blew a six-shot lead in the final round of the Farmers Insurance Open and lost in a playoff to Brandt Snedeker, then bounced back with a victory at the Phoenix Open.

This season has been trying for the 26-year-old. He sits 164th in FedEx Cup standings with only one top-25 finish, which was in October.

He said it was premature to think about turning the season around after one good round.

“There’s a ton of golf left,” he said. “It’s nice to get a round like this because it shows I’m working on the right things.

“It hasn’t been my best year by any means but I’m starting to play a little bit better and that’s nice.”

Watney, who has also had a trying season, was glad to get in a solid opening round.

“You’re not playing behind the 8-ball to make the cut,” the 33-year-old said. “It’s only one round, but I’d much rather play well in the first round than not.”

It was a rough opening round for some. Both Stephen Ames of Calgary and one of the tournament favourites, Dustin Johnson, shot 4-over 74. John Daly had 6-over 76 and Scott McCarron turned in a 78.