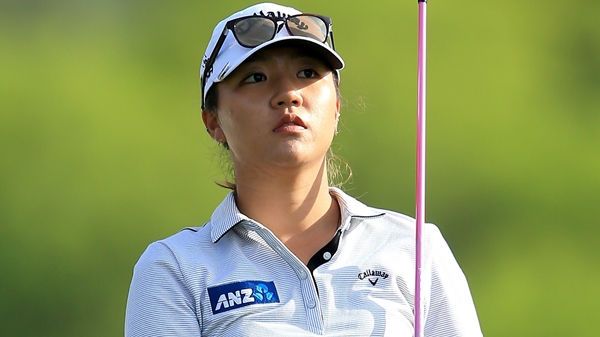 RANCHO MIRAGE, Calif. – Lydia Ko missed a chance to break the LPGA Tour record for consecutive rounds under par, closing with a bogey for a 1-over 73 on Friday in the second round of the ANA Inspiration.

Needing a birdie on the par-5 18th to extend her streak to 30, the 17-year-old New Zealander hit her second shot into the water after catching a flyer out of the right rough on her layup attempt. After a penalty drop, her fourth shot rolled 15 feet past and she missed the putt.

On Thursday, Ko shot a 71 to tie the record set by Annika Sorenstam in 2004. Ko’s worldwide streak, counting her victory in the Ladies European Tour’s New Zealand Women’s Open, ended at 32.

Canada’s Alena Sharp had a 73 to sit 5-over and miss the cut.

Tough week on the greens. I see light at the end of the tunnel thou. Have it figured out. Rest and relaxation for a week and off to Hawaii