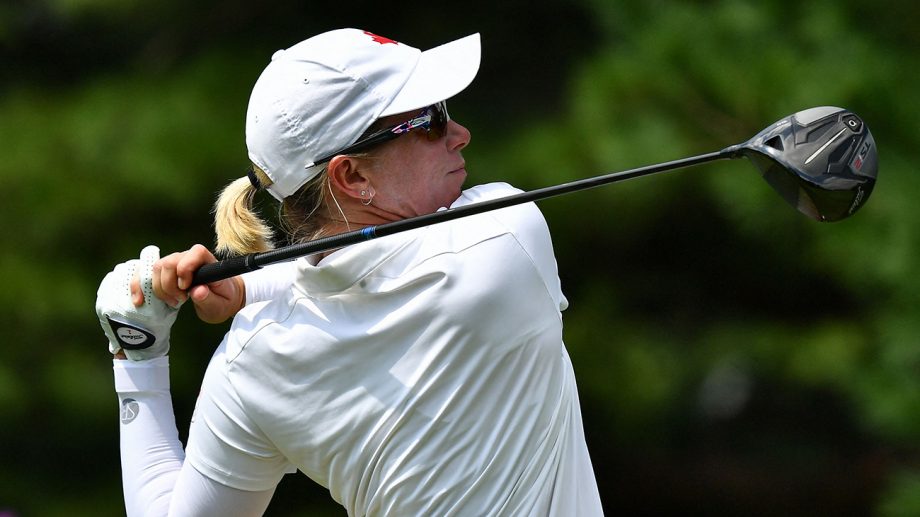 Canada's Alena Sharp watches her drive from the 9th tee in round 1 of the womens golf individual stroke play during the Tokyo 2020 Olympic Games at the Kasumigaseki Country Club in Kawagoe on August 4, 2021. (Photo by Kazuhiro NOGI / AFP) (Photo by KAZUHIRO NOGI/AFP via Getty Images)
Golf Canada

Nelly Korda is still in command of women’s golf. The 23-year-old American has a three-shot lead over India’s Aditi Ashok going into the final round. Brooke Henderson of Smiths Falls, Ontario, is tied for 40th while Hamilton’s Alena Sharp is 44th.

Next in line are four players at 10-under: 2016 silver medalist Lydia Ko of New Zealand (66), Japan hopeful Mone Inami (68), Hannah Green of Australia (67) and Emily Kristine Pedersen of Denmark (70).

Statistically speaking, it doesn’t seem like a fair fight between the two leaders. While world No. 1 Korda is bombing drives and hitting short irons throughout the East Course, Ashok is dinking drives and relying on hybrids to reach a number of holes, with at least five par-4s typically measuring over 400 yards. Korda is averaging a full 44 yards further than Ashok, who is second-to-last in the field with a 233-yard average.

And yet, she makes it work with a keen understanding of her limitations and strengths. She still hit 17 of 18 greens, four more than Korda in round three. And then there’s her putting, the very thing she practiced endlessly when first introduced to the game.