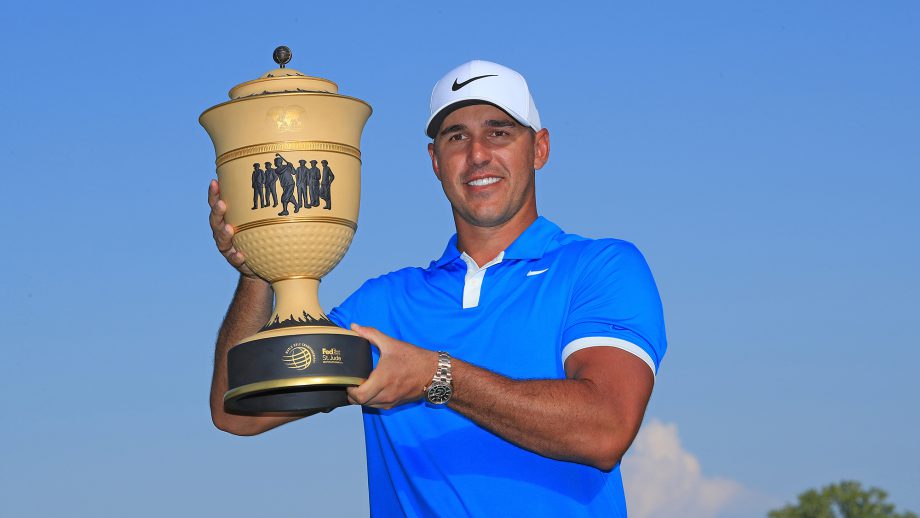 “That would have been incredible for the fans, for everybody that showed up and I’m sure that’s what everybody wanted,” Koepka said.

Too bad Koepka drained all the drama Sunday on the way to his first World Golf Championships title.

Koepka had three birdies in a four-hole stretch on the front nine and cruised to a three-stroke victory in the FedEx St. Jude Invitational.

Canadian Corey Conners of Listowel, Ont., closed at 3 under par to finish tied for 27th.

Playing with McIlroy in their first final-group pairing, the top-ranked Koepka closed with a bogey-free 5-under 65 at TPC Southwind for his seventh PGA Tour title. He finished at 16-under 264.

McIlroy followed his third-round 62 with a 71 to drop into a tie for fourth at 11 under. McIlroy declined to talk to reporters after the round.

“Rory didn’t play the way he wanted to today, but still it’s so much fun to watch him play,” Koepka said. “You kind of get glued watching him hit balls. I mean, it’s mesmerizing watching him hit. You know it’s always nice to squeak out a victory over probably the best player right now.”

Webb Simpson had a 64 to finish second. Marc Leishman (67) was third, four strokes back. Tommy Fleetwood (66) and Matthew Fitzpatrick (69) joined McIlroy at 11 under.

Koepka wrapped up the regular-season points title a week early and claimed a $2 million bonus from the Wyndham Rewards program. He is assured to going into the FedEx Cup playoffs as the No. 1 seed.

Koepka became the sixth player to win a major championship and a World Golf Championship in the same year. He won the PGA Championship for the second straight year in May.

After tapping in for par on No. 18, Koepka celebrated with a little fist pump before hugging McIlroy.

Koepka had been so close in recent weeks, coming in second at the U.S. Open in June and tying for fourth last week at the British Open. He also had a pair of top-10 finishes in this event when it was held at Firestone Country Club in Akron, Ohio, and he also won for the first time at the TPC Southwind, where he tied for third in 2015 and tied for second in 2016 when this course hosted the former St. Jude Classic.

Koepka says he feels he knows this course better than any other on tour, and finally winning here and a WGC title, too, is special.

“It’s a thinker’s golf course,” Koepka said. “I probably don’t get enough thought process going through my mind sometimes, just get up and hit it. It gets very routine. A lot of times it’s drivers, but out here you’ve really got to position yourself off the tee depending on where the pin is.”

Now Koepka has come from behind in three of his seven victories, though this time teeing off only a stroke off the lead. When they teed off, Koepka was among 10 players within four strokes of leader McIlroy.

After a couple of pars, Koepka took control.

Koepka rolled in a 9-footer for birdie and a share of the lead on the par-5 third he bogeyed in each of the first two rounds for a nice confidence boost. McIlroy missed his own 4-foot birdie chance a couple inches left after chipping from behind a green-side bunker.

Then Koepka hit his second shot on the par-4 fifth from 185 yards to 5 feet for his second birdie and the outright lead, while McIlroy’s second was on the left fringe with his attempt 5 feet short on yet another par. Koepka birdied his second straight on the par-4 sixth, rolling in a 20-footer for a two-stroke lead .

Koepka padded that lead after the turn, hitting his second from 143 to 8 feet on the par-4 10th. Koepka rolled in the birdie putt to go to 15 under with a three-stroke lead making the only question left whether anyone could get close.

He created the last of the drama by scrambling for par on the next two holes. He put his second into the intermediate rough on the edge of the green on No. 15, forcing him to hole a 9-footer, with a poor chip on the par-5 16th leading to another par. But he clinched the win with a 12-footer on No. 17.

McIlroy had won three of his previous four when shooting at least a 62 in an event. The Northern Irishman who missed the cut at the British Open by a stroke last week just couldn’t keep up with Koepka.

Simpson eagled No. 3 and added a birdie on No. 6. Then he added four birdies on the back nine and tied the best round of the day with his best round since winning the 2018 Players Championship.

“Knowing that Brooks Koepka and Rory are out in front, I knew it needed to be a low round,” Simpson said. “I didn’t have a number in mind. … Very happy with how the day went.