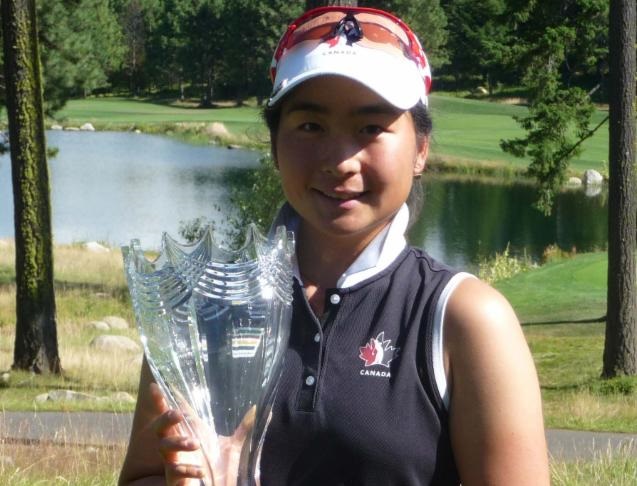 Both championships are conducted by the Pacific Northwest Golf Association (PNGA)

Three giants in the Women’s Amateur field tied at the top – Jisoo Keel, Princess Superal and Naomi Ko – with Ko winning the playoff for the No. 1 seed honors going into tomorrow’s match play format.

Ko, of Victoria, B.C., was named the 2014 PNGA Junior Girls’ Player of the Year, and qualified for this year’s U.S. Women’s Open.

Superal, of Sun City, Calif., won the 2014 U.S. Girls’ Junior, the 2016 Hong Kong Ladies Amateur, and was medalist at the 2016 U.S. Women’s Amateur Four-Ball (with partner Pauline del Rosario) where she made it to the semifinals.

The Women’s Amateur will begin its match-play competition tomorrow, July 21, which comprises 18-hole single-elimination match play for the low 32 players, with the final match being contested over 36 holes on July 23.

The Women’s Mid-Amateur field has been cut to the low 16 players who now advance to match play. Their 18-hole final match will also be held July 23.

For tee times, pairings and to follow along with live scoring for both championships, visit thepnga.org.

“It feels great (to earn medalist honors),” Proteau said. “That was my primary goal at the start of yesterday’s round. Yesterday was really challenging (because of the windy conditions) and I didn’t play my best, so today feels really good.” Proteau shot rounds of 77-70, with her second round being the only round under par of the entire Mid-Amateur field. She enters match play as the No. 1 seed.