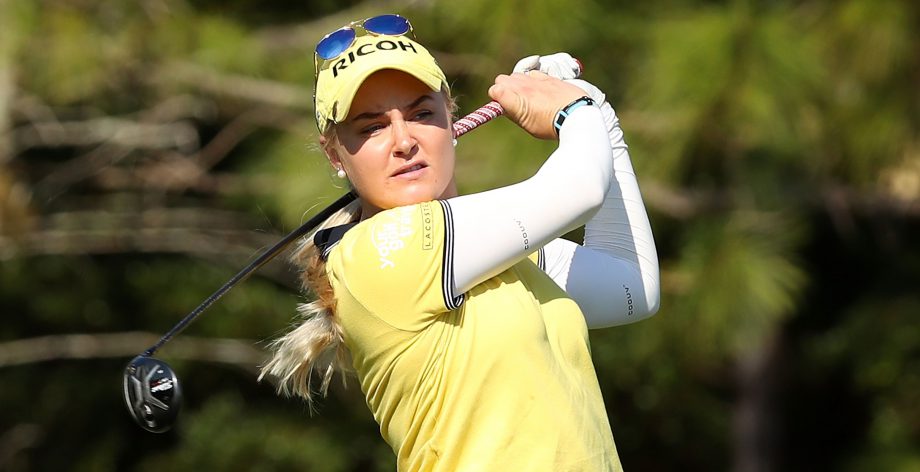 “I think it’s going to be a very interesting Sunday,” Ko said Saturday after dropping into a tie for fourth in the season finale.

Ko needs a victory to top Jutanugarn in the player of the year race, and also would take the season points title and $1 million CME Globe bonus with a win. Ko also is fighting Jutanugarn for the money title and Chun for the Vare Trophy for the lowest scoring average.

“It’s simple: I got win to get it.” Ko said. “That’s why no matter what position I am, I’m the chaser. So, I think that almost puts less pressure on me, where I’m not thinking about where I am exactly. I’m trying to make as many birdies as I can and give myself those opportunities.”

“Just kind of kept in the zone,” Hull said. “I felt like I hit it pretty decent, better than I did yesterday. I holed a few putts and got up-and-down when I needed to. … I’m happy with my score and looking forward to tomorrow.”

“It was scoreable out there,” Hull said. “I don’t understand why everyone has dropped back. Obviously, it is tricky little golf course on some shots, like 18. You’ve got a good finishing hole.”

The top-ranked Ko began the day with a three-shot lead after shooting a 63 on Friday.

“I just got to stay patient.” The 19-year-old New Zealander said. “I don’t think like I did something horribly or drastically different. Probably those little things. If you tug it a bit on a right-to-left wind, for example, on the 18th hole, it’s going to look like much more of that draw or pull.”

Jutanugarn had seven birdies in a bogey-free round.

“I just try to focus shot by shot, not think about outcome and not think about like too much future,” Jutanugarn said. “I’m ready to have fun and be happy on the course. I don’t know I can win or not, but I’m going to do my best.”

The 20-year-old Thai star leads the tour with five victories, one more than Ko.

“This year is like great for me,” Jutanugarn said. “I know tomorrow going to be a lot of pressure, but I’m just going to do my best and whatever going to happen I still love my year this year.”

First-round leader Shanshan Feng was tied for 12th at 8 under after a 69. The Chinese star is coming off consecutive victories in Malaysia and Japan.