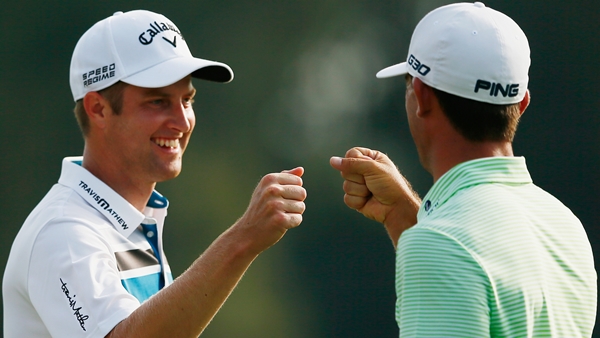 Both players already have won FedEx Cup playoff events to earn the top two seeds going into the Tour Championship. Playing together in the last group at East Lake, they both made late birdies and were tied for the lead at 4-under 66.

If either of them were to win the Tour Championship, they would capture the FedEx Cup and the $10 million bonus.

Masters champion Bubba Watson isn’t out of the mix just yet. He made bogey from the bunker on the last hole for a 67 and was one shot behind, along with Jim Furyk, Patrick Reed and Jason Day.

Rory McIlroy made enough par saves to grind out a 69.