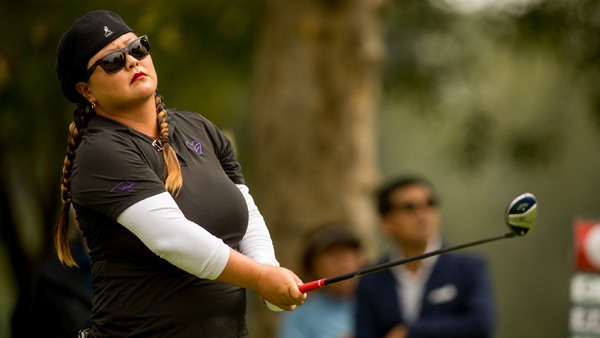 MEXICO CITY — Christina Kim had two eagles in a 7-under 65 to take a one-stroke lead Thursday in the Lorena Ochoa Invitational.

Spain’s Azahara Munoz was second. She eagled No. 17 to tie for the lead and dropped back with a bogey on the par-4 18th.

Third-ranked Lydia Ko birdied the final two holes for a 68. The 17-year-old New Zealander has two victories this year.

Michelle Wie bogeyed three of the first seven holes in a 73. She won the 2009 event for her first LPGA Tour victory.

Second-ranked Stacy Lewis had a 76, leaving her tied for 31st in the 36-player field.