Key anniversaries at the Masters starting in 1943 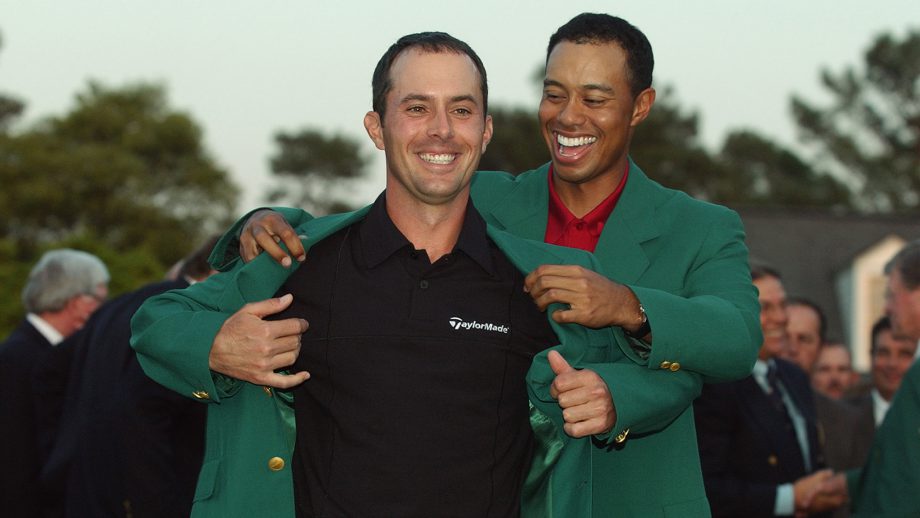 AUGUSTA, Ga. — A look at some of the anniversaries this year at the Masters:

Bobby Jones and Clifford Roberts decided after the 1942 Masters to stop the tournament for the rest of World War II. According to the Augusta Chronicle, the club’s greenskeeper raised turkey and cattle on the grounds while the club was closed. Roberts said in his autobiography that the cattle destroyed several azalea and camellia bushes and ate the bark of several young trees. There were plenty of WWII connections to the Masters. Jones was commissioned as a captain in the Army Air Corps, and his unit landed at Normandy a day after the D-Day invasion. Leading the Normandy invasion was Gen. Dwight D. Eisenhower, who later became a member at Augusta National during his two terms as U.S. president.

The 1968 Masters is best remembered for five words: “What a stupid I am.” Roberto de Vicenzo birdied the 17th hole in the final round to take a one-shot lead over Bob Goalby, only to bogey the last hole. The Argentine was so angry at his bogey that he didn’t properly check his card, which was kept by Tommy Aaron, and he signed for a 4 on the 17th instead of a 3. Under the rules, he had to accept the higher score, giving him a 66 instead of a 65. And instead of an 18-hole playoff the next day, Goalby was the winner by one shot. Goalby closed with a 66 to finish at 11-under 277. De Vicenzo had won the British Open a year earlier, but this scorecard blunder remained his most famous moment until his death last year.

Bernhard Langer won the 1993 Masters for his second green jacket, closing with a 2-under 70 for a four-shot victory over Chip Beck. His first Masters victory in 1985 was remembered for Curtis Strange twice going for the green when he had the lead and finding water. The 1993 Masters featured Beck choosing to lay up when he was trailing. Langer had a three-shot lead when Beck laid up on the par-5 15th from 236 yards away. He made par, while Langer followed with a birdie to stretch the lead. There was one other similarity to Langer’s victories. He was harshly criticized in 1985 for saying “Jesus Christ” in the Butler Cabin interview while expressing surprise at Strange’s lead. The controversy led to Langer becoming a Christian, and when he won in 1993, he said it again because it was Easter. “I sometimes joke that I’m the only one to mention ‘Jesus Christ’ in Butler Cabin twice,” he said.

Mark O’Meara became the first player since Arnold Palmer in 1960 to birdie the last two holes for a one-shot victory in the 1998 Masters, which also was the last year the Augusta National gallery witnessed a Jack Nicklaus charge. O’Meara holed a 20-foot birdie putt on the last hole for a 67 to beat Fred Couples and David Duval, and at 41 he became the oldest first-time winner of the Masters. Couples had a wild back nine with a double bogey on No. 13 and an eagle on the 15th. Duval missed birdie chances on the 17th and 18th for a 67. He was in Jones Cabin watching O’Meara when Augusta National chairman Jack Stephens told him: “Don’t worry, David. Nobody ever makes that putt.” O’Meara made the putt. Nicklaus, 58, birdied four of his first seven holes and pulled within three shots of the lead, causing so many roars that even Tiger Woods in the group ahead backed off putts. But he had to settle for a 68 and tied for sixth.

“The Green Jacket is going north of the border!”

Mike Weir of Sarnia, Ont., captivated an entire country, becoming the first Canadian and left-handed golfer to win The Masters tournament. The Canadian Golf Hall-of-Famer missed the cut a week prior to The Masters, which eventually helped him get back to his fundamentals.. Playing over a condensed three days due to rain, Weir leaned on his accuracy and short game to put himself in position to win. Weir forced a playoff with Len Mattiace, a then two-time TOUR winner, back at the 10th hole. With Mattiace struggling, Weir had a safe two putts to win, becoming the 2003 Masters champion.

Weir captured the ’03 CareerBuilder Challenge as part of a three-win season — including the Masters — en route to being named the Lou Marsh Award winner as Canada’s athlete of the year. He’s the last golfer to win the honour.

Four months after Trevor Immelman had a tumor removed from his diaphragm, the South African won the 2008 Masters by three shots over Tiger Woods. And it wasn’t even that close. Immelman had a five-shot lead with three holes to play until hitting into the water for double bogey at No. 16. He closed with a 75 and joined Arnold Palmer in the record book with the highest closing round by a Masters champion. Only four players broke par in the final round. For Woods, it was his second straight year finishing as the runner-up at Augusta National in his bid for a fifth green jacket. Among those who had a chance were Brandt Snedeker, who briefly tied for the lead with an eagle on No. 2, and Steve Flesch, whose hopes ended with a tee shot into Rae’s Creek at No. 12.

Adam Scott won the 2013 Masters in a playoff over Angel Cabrera, and Australia had a Masters champion after more than a half-century of trying. Scott thought he had it won with a 20-foot birdie putt on the 18th hole, only for Cabrera to stuff his shot into 3 feet for birdie as Scott was signing his card. They both made par on the first extra hole, and Scott ended it with a 12-foot birdie putt at No. 10 on the second playoff hole. Greg Norman, who knew nothing but hard luck at Augusta National, was watching from Florida and said when it was over, “I’m over the moon.” It was a wild week for Tiger Woods, who was on the verge of taking the lead on Friday when his wedge into the 15th hole hit the pin and went back into the water. Woods took his penalty drop in the wrong place, which was pointed out by a rules expert watching on TV. The rules committee at the Masters failed to act on the information, and when it was clear a penalty was involved, the committee gave Woods a two-shot penalty and allowed him to stay in the tournament despite having signed for an incorrect score. Woods finished four shots behind.