Kellett and Kehoe top the leaderboard at 2nd round of Future Links, driven by Acura Ontario Championship 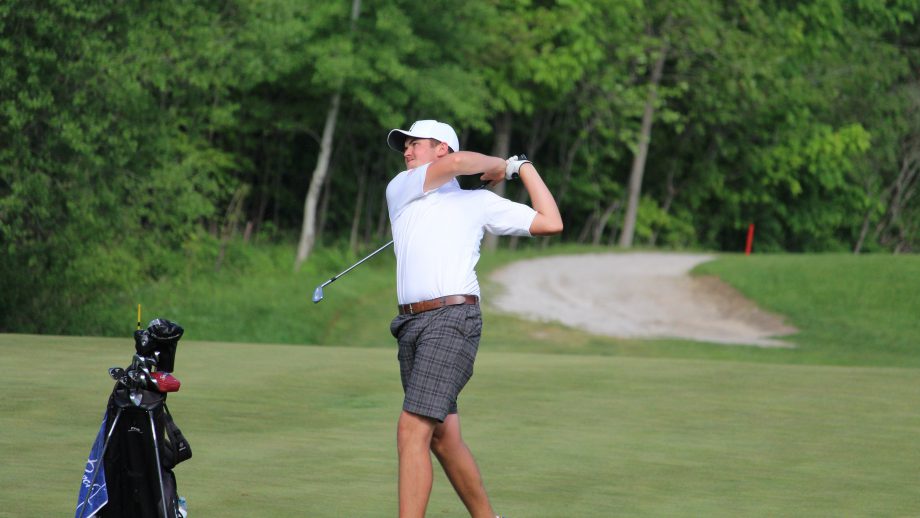 OTTERVILLE, Ont. ─ Cam Kellett shot a 3-under 68 while Taylor Kehoe shot a 1-under 71 to lead their respective divisions after the second round of the Future Links, driven by Acura Ontario Championship at Otter Creek Golf Club.

Cam Kellett started the day tied for first with Laurent Desmarchais but inched ahead of his co-leader to end round two after recording a 3-under 68 during Saturday’s round.

Kellett, who tied for second at last weekend’s Investors Group Junior Spring Classic (U19) Tournament, fired a spectacular six birdies to finish the day with a one-stroke lead.

“I stayed patient when I made bogeys because I just knew I wasn’t the only guy making them,” said the London, Ont. product with a smile. “My plan for tomorrow is just to stay consistent and go after it.”

Desmarchais isn’t far behind. A double bogey caused trouble for the Longueuil, Que. product on the front-nine, but birdies on holes 4, 15, 16 and 18 saw him finish the second round in second place with a 2-under 69.

Taylor Kehoe, who started the day two-shots behind the lead in a tie for second, moved to the top spot in the Girl’s Division after her 1-under par 71.

“I eagled 15, which really helped today,” said 14-year-old Kehoe. “My game plan going into tomorrow is just to play my game and to not get nervous or worry about what anyone else did.”

The Strathroy, Ont. native overcame five bogeys after she made 4 birdies and 1 eagle in today’s round.

Yesterday’s leader, Hailey McLaughlin struggled to maintain her lead during the second round. The Markham, Ont. product heads into the final round two-strokes behind the lead after carding a 3-over 75.

Team Canada Development squad member Monet Chun was the only player in the girls division, other than the leader, to post a score in the red today. The 17-year-old, who posted a 1-under 71, will start the final round on Sunday T3 with Emily Romancew of Pierrefonds, Que.

Chun’s fellow Team Canada member Alyssa DiMarcantonio sits T7 after shooting a 4-over 76. The highlight of the 15-year-old’s second round was her impressive eagle on the 6th hole.