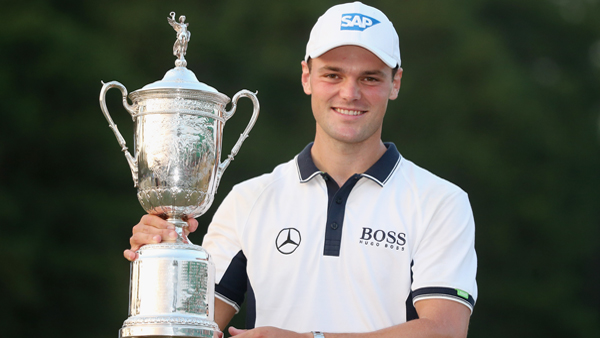 BERLIN – Martin Kaymer’s historic victory at the U.S. Open has been largely met by indifference in his homeland.

Kaymer became the first champion from Germany with an eight-shot victory on Sunday, but his success barely caused a ripple at home, where attention was firmly focused on football.

Germany opens its World Cup campaign against Portugal on Monday, meaning Kaymer’s triumph could not have come at a worse time for attention. Chancellor Angela Merkel is in Brazil.

Some of the congratulations he did receive even had a football flavor.

Germany and former Cologne forward Lukas Podolski was one of the few to recognize Kaymer’s “legendary performance” in a tweet. The German Olympic Sports Confederation also tweeted its congratulations.

Thankfully, the World Cup was only once every four years. Kaymer, a Cologne fan, will just have to do it again as defending champion.