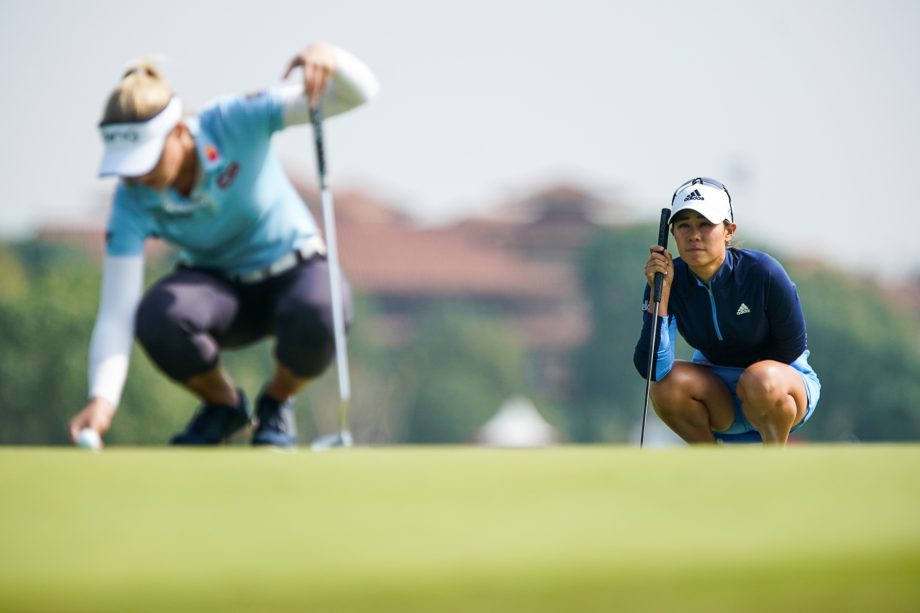 SHANGHAI – Danielle Kang shot a bogey-free 2 under 70 to win the Buick LPGA Shanghai for the second consecutive year on Sunday with a tournament record 16-under par 272.

The 27-year-old American began the day one stroke behind compatriot Jessica Korda, who shot a final-round 72 to finish second at 15 under.

“It was a really stressful day. I definitely played well out there. It was really tough because you’re definitely watching what Jessica is shooting and scoring, and always just try to keep in my own game,” said Kang.

Kang birdied the 15th to pull two strokes ahead, but Korda responded with a birdie of her own on 17. Kang then holed a 3-foot par putt on the 18th to win her third career title.

“There were a lot of birdie opportunities. I made some really great up and downs. I’ve never been more nervous than the last putt for some reason, but I made it,” Kang said.

Korda had three birdies and three bogeys for even par on the day.

“You know, just couldn’t get anything going today. It was just one of those days where it just wasn’t meant to be, I guess,” said Korda.

Liu Yu of China shot a 7-under 65 to surge into a three-way tie for third with Japan’s Nasa Hataoka and LPGA rookie Kristen Gillman at 13 under and the best finish of Gillman’s career.

“I definitely knew I would be able to do it, but also being a rookie and being in Asia – or at least in China for my first time _ you don’t really expect to have this good of a finish and your best finish so far this year out of the country,” said Gillman.

American Megan Khang tied the 18-hole scoring record with an 8-under 64, including a hole-in-one on the par-3 11th to finish tied for seventh.

Brooke Henderson of Canada shot a 1-over 73 to drop from third place into a tie for ninth with top-ranked Jin Young Ko and Nelly Korda at 9 under.

The Buick LPGA Shanghai was the first of four straight events in Asia. The tour moves to Busan, South Korea next week for the BMW Ladies Championship.