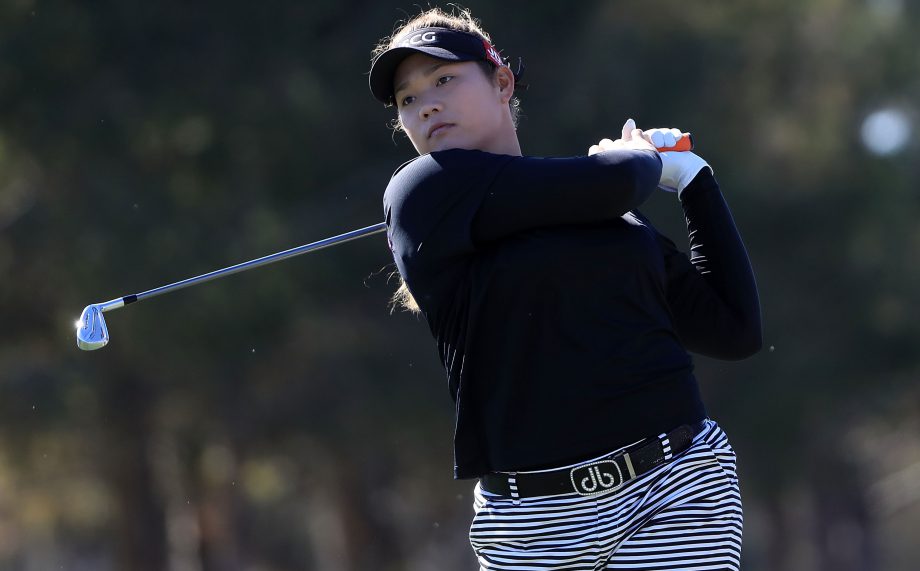 NAPLES, Fla. – Ariya Jutanugarn was unable to accept the CME Globe trophy when it was first being presented to her, needing both hands to hold a big plastic cube stuffed with $1 million in cash.

That’s a great way to end a season.

Jutanugarn’s breakout year ended with a haul of prizes Sunday at the CME Group Tour Championship- the LPGA Tour’s player of the year award, the money title and the season-long Race to CME Globe points competition that comes with a $1 million bonus.

A winner of five tournaments in a year that started slowly with a major meltdown in the California desert and turned around with her winning three consecutive starts in May, Jutanugarn held off Lydia Ko for all three of those trophies.

“I never expected like that much,” Jutanugarn said. “I just really wanted to win my first tournament this year.”

In Gee Chun made a 10-footer for birdie on the final hole to win the scoring title by the slimmest of margins, making her the first player since Nancy Lopez in 1978 to win both the Vare Trophy and rookie of the year in the same season. If Chun’s final putt had not fallen, Ko would have won the Vare for the first time.

“It’s still been a very cool season for me,” said Ko, the world’s No. 1 player, who wrapped Jutanugarn in a big hug when their rounds were complete before heading off to sign dozens of autographs.

Combined, Ko and Chun took more than 11,500 swings over 166 rounds – and the scoring title came down to one putt.

“It was big pressure for me,” Chun said. “I just tried to enjoy my last putt. … It was a big honour for me, to have my name next to legends.”

Add her to the list of young stars on the LPGA Tour. She’s 22, Jutanugarn turns 21 later this week and Ko doesn’t even turn 20 until early next year.

Add Charley Hull to that list as well. She’s a tournament winner now.

Another 20-year-old – youth is most definitely served in this era of women’s golf – Hull looked like a savvy veteran as she stalked what would become her first win. Hull finished two shots ahead of So Yeon Ryu, that margin coming after they had a two-shot swing at the 17th. Ryu’s approach came to rest along a 3-foot face of a bunker, forcing her to play off to the side and wind up settling for bogey.

Hull made birdie there, then coolly two-putted on the 18th to prevail. She shot 66-66 in a bogey-free weekend, with 12 birdies and 24 pars in her final 36 holes of the season.

“I was pretty calm,” Hull said. “I went on the golf course and tried not to think about golf.”

There were tournaments within the tournament, with many things decided in the season’s final minutes. Player of the year was settled first, when it became evident that Ko – who needed a win and nothing less to take that title – was not going to catch Hull. The Race to CME Globe came next, with this being the first time in that award’s three-year history that it wouldn’t go to Ko.

The scoring title then came down to Ko’s and Chun’s final putts, and about a half-hour later, Hull finished off the week and the season by making her first win the tour championship.

“It’s a pretty cool feeling,” Hull said. “Hasn’t quite sunk in yet.”