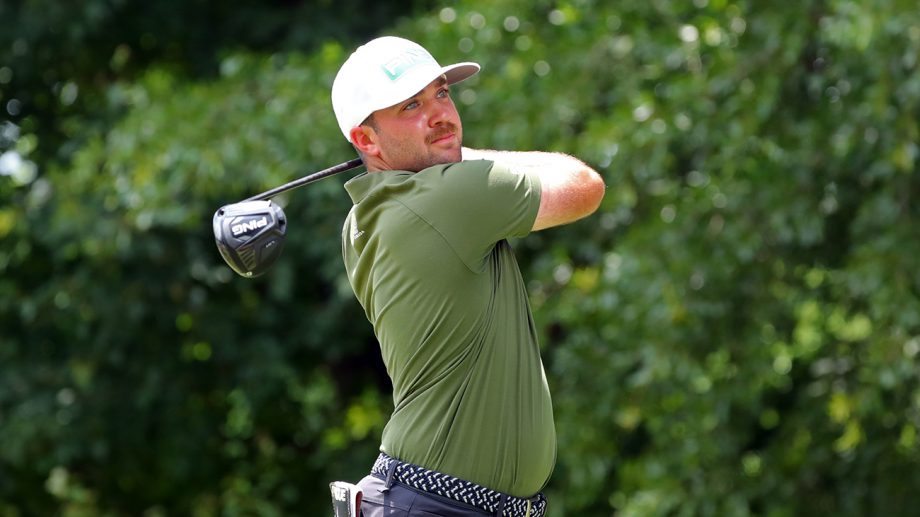 GREER, SC - JUNE 12: Stuart Macdonald of Canada hits his tee shot on the second hole during the third round of the BMW Charity Pro-Am presented by Synnex Corporation at the Thornblade Club on June 12, 2021 in Greer, South Carolina. (Photo by Hunter Martin/Getty Images)
Korn Ferry Tour Communications

GREER, S.C. – Justin Lower continued his strong play at the BMW Charity Pro-Am presented by SYNNEX Corporation to maintain his 36-hole lead through the third round at 23-under. Lower leads Mito Pereira by three strokes entering the final round at the Thornblade Club.

Lower will seek to hold off Pereira – a two-time winner this season – on Sunday as the latter chases his third victory and an immediate promotion to the PGA TOUR. Meanwhile Lower is seeking his first career Korn Ferry Tour victory and a leap inside the top-20 in the Korn Ferry Tour points standings.

“It feels like I’m coming into my own,” said Lower. “I know I’ve played over 100 events out here. I’ve been out here a while. I really don’t know how to explain it. My game has felt good all year. I thought this year could be a good year. It didn’t start off the way I wanted it to start. But I’ve been working hard the last month or so and results are starting to show.”

Entering the day with 18 birdies through 36 holes, Lower added to his tournament-leading total with a streak of five consecutive down the stretch on Saturday (Nos. 12-16). He bogeyed the third hole but rebounded with an eagle at the fifth and a birdie at the ninth before going on his back-nine run.

With his Saturday 64, Lower has now collected seven straight rounds in the 60s, including rounds of 64- 63-64 this week. The 32-year-old entered the week 37th in the standings and is looking to finish the regular season inside the top-25 and earn his first PGA TOUR card. Lower claimed the only 54-hole solo- lead of his career at the 2019 Chitimacha Louisiana Open presented by MISTRAS but went on to fall in a playoff to Vince Covello.

In 2018, Lower experienced heartbreak at the final event of the season, the Korn Ferry Tour Championship presented by United Leasing & Finance. He was hovering around The Finals 25 bubble coming down the stretch before facing an eight-foot birdie putt at the 72nd hole. A birdie would have earned him his first PGA TOUR card but Lower missed on the low side and finished 26th, missing out on TOUR membership by one slot.

Pereira will look to become the second player in a row to earn back-to-back wins after Cameron Young accomplished the feat two weeks ago. Prior to Young, a player had not gone back-to-back on the Korn Ferry Tour since 2013 (Michael Putnam).

Canadian Stuart Macdonald is tied for fourth at 17-under and fellow Canadian Ben Silverman is tied for 70th.