At just 20, Henderson on pace to become most decorated Canadian pro golfer 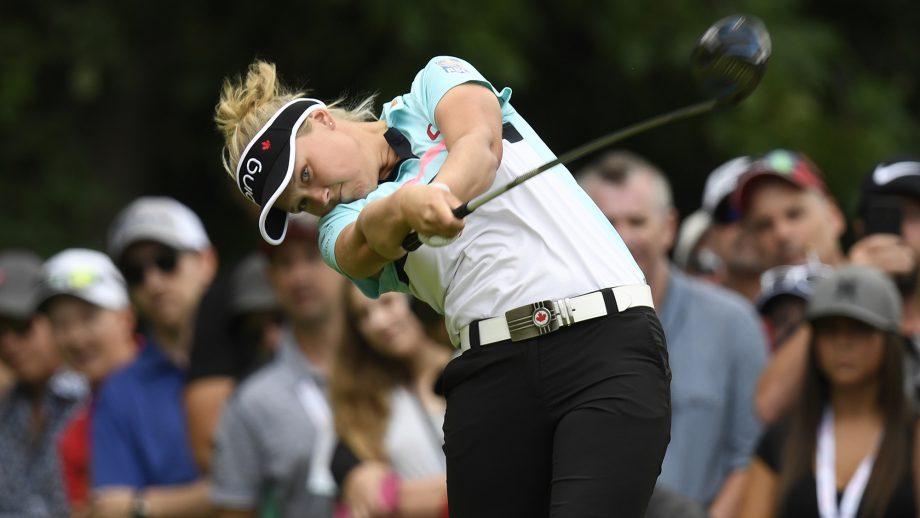 Brooke Henderson is just three wins away from becoming the most decorated Canadian professional golfer of all time – and she’s only 20 years old.

After her sixth career LPGA Tour victory Sunday at the Lotte Championship in Hawaii, the native of Smiths Falls, Ont., is on track to eclipse the Canadian-high mark of eight wins, held jointly by Sandra Post, Mike Weir, and George Knudson.

“It’s actually amazing, when I think about it, that I’m this close already,” said Henderson from Los Angeles, where she is competing this week. “I’d love to get a couple more wins this season and go from there.”

Post, who was 31 when she notched her sixth victory, said Henderson has adapted well to the lifestyle of the LPGA Tour. Henderson’s early success hasn’t shocked the Canadian Golf Hall of Famer.

“I’m really not that surprised,” Post said by phone. “She’s always had a tremendous amount of talent and she loves to compete.”

Henderson is in just her third season as a pro, but said it’s becoming increasingly difficult to win on the LPGA Tour. There have been no two-time LPGA winners yet this season, while on the PGA Tour three golfers have already won twice.

“I feel like every week coming down the stretch on Sunday there are six people within a shot of the lead,” she said. “Last week was a little different, which was nice for me, but every other week I feel like anybody can win.”

Henderson dedicated her win to the community of Humboldt, Sask., and will be playing with the Humboldt Broncos in her thoughts through the rest of the season after a deadly crash involving the hockey team’s bus led to 16 deaths and 13 injuries.

Smiths Falls is approximately the same size as Humboldt, and she said she has a unique connection to a small town that supports its hockey team.

“Hockey is so important to almost every Canadian, I would say, and definitely Smiths Falls is a hockey town,” she said. “I think it gave me that little extra motivation and extra mental strength to keep pushing and try to get that win not only for me but for them as well.”

Although Henderson has four top-10 finishes this year, she sits 13th in the world rankings.

She admitted she is a bit of a victim of how many events she plays, as standings in the world rankings are determined by dividing total points earned by the amount of events a golfer plays. But is eager to get into the LPGA’s elite group.

Post said Henderson will likely focus her attention on trying to win majors, as she’s already proven she can compete week in and week out on the LPGA Tour. The big events will have special meaning for her moving forward.

“There will be certain tournaments, like the CP Women’s Open, that she’ll aim at a little bit more,” Post said. “The big thing is to keep her enthusiasm and keep that fire lit as long as she can, and stay healthy.”

After this week in Los Angeles, Henderson will play the next two weeks, in San Francisco and Dallas, before the LPGA Tour has a week off where she will return to Smiths Falls and participate in a charity event in Ottawa.

Henderson said she would likely take the week off prior to the U.S. Women’s Open, the next major on the LPGA Tour schedule, to prepare.

She’ll play at her home course in Florida to get used to the warmer temperature and the different grass she’ll have to play on at the host course, Shoal Creek Golf Club in Birmingham, Ala.

“Hopefully I can win again soon,” Henderson said. “With the amount of talent out here, and the amount of players that don’t get a lot of credit, it’s going to be a tough challenge. But I’m ready for it.”