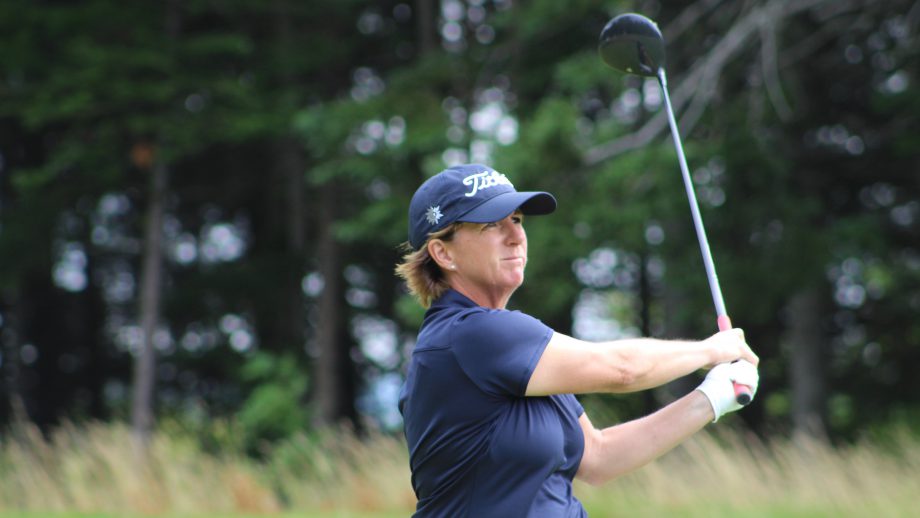 In Thursday’s final round, Judith went out in 35 on the front nine and tore through the back nine with a 33 to shoot her low score of the week at 3 under on the par-71 layout.

Judith finished the three-day championship at 5 under par – the only competitor in the field to finish in red numbers – as Mary Ann Hayward of St. Thomas G&CC settled for second at 5 over par and Terrill Samuel rounded out the top three at 8 over.

“I’m pretty proud to have won this championship three times in a row against a strong field that includes Mary Ann Hayward, a member of the Canadian Golf Hall of Fame and Terrill Samuel, a member of the Ontario Golf Hall of Fame – two of the best in Canada!” Judith says. “The Canadian Senior Women’s Amateur Championship is at Lookout Point in Fonthill the last week of August. I get to stay at home with my mom, so that will be neat and I’m excited about our chances as Team Ontario with Mary Ann, Terrill and myself.”

Judith won the 2017 Investors Group Ontario Senior Women’s Amateur Championship at Wildfire Golf Club and the 2016 championship at The Briars.

Despite having a significant lead throughout the championship, Judith stayed focused right to the end. “Any lead can be overcome as history has shown. I had a game plan that Matt Hoffman and I came up with in our practice round and I stuck to it,” says Judith, who carded only one three-putt all week. “I continued to play the course. I have full respect for Mary Ann and Terrill and know they can go low. I just kept the pedal down. Each shot is important. You can’t let up. I feel I’m a great putter on tricky greens.”

Up next is the US Senior Women’s Open Championship at Chicago Golf Club from July 12 to 15 where her goal is to make the cut and see where it goes from there.

“Playing in the Celebration of Champions at the men’s US Open at Shinnecock Hills earlier this year was a great test of having Fox TV cameras all around you and being on a big stage, so I will draw on that experience to go play with the pros I grew up idolizing,” Judith says.

Then she is off to the Senior Women’s International Matches, North America vs. Europe, in Venice, Italy at the end of July, followed by the North and South at Pinehurst Resort before heading to the Canadian championships. In September, Judith will tee it up in the US Women’s Mid Amateur Championship in St. Louis and then defend her US Women’s Senior Amateur Championship at Orchid Island in Vero Beach, Florida.

“I’m very good now at staying patient and letting the course come to me. The key is to stick to the game plan that we come up with in the practice round,” says Judith, who continues to workout with Thornhill’s fitness/golf guru Jeff Hammond.