Jonathan Khan leads at Q-School after opening round 65 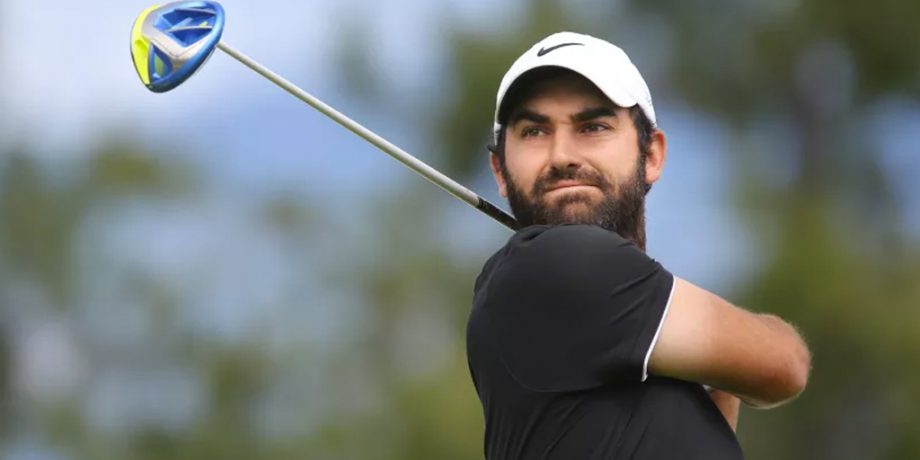 THE RECAP: Tucson, Arizona’s Jonathan Khan shot a 7-under 65 on Tuesday at Carlton Oaks Country Club to take the first round lead at the Mackenzie Tour – PGA TOUR Canada’s USA West #1 Q-School on Friday. The 28-year old carded 7 birdies and was without a bogey to lead by one over Plano, Texas’ Craig McCoy, Thousand Oaks, California’s Chris Gilman and Fort Worth, Texas’ Nathaniel James.

“I’m ecstatic,” said Khan. “I know last year the scores were pretty high, so it was a good start. The greens are so good, if you’re putting well you can make some putts.”

McCoy, who like Khan played the Mackenzie Tour last season, went 6-under par on the par 5s on Tuesday to share second place with Gilman and James.

Round one was suspended due to darkness at 7:01 p.m., with six players left to finish. Play will resume at 7:30 a.m. on Wednesday morning.

BACKGROUND ON THE LEADER: Khan is no stranger to the Mackenzie Tour, having played in Canada for the last two seasons, including a career-best T3 finish at the 2015 ATB Financial Classic. He co-led through 54 holes at last season’s National Capital Open to Support Our Troops before falling off with a final round 78.

At the end of the season, Khan was unlucky no. 61: he missed out on finishing in the top 60 on the Order of Merit by just $345, denying him exempt status for this season by the narrowest of margins.

It was a “frustrating” year that saw plenty of 64s and 65s but too many tournaments with one bad round. Khan said he spent some time reflecting over the offseason on his goals for next year and realized he wasn’t too far off.

“After [missing out at] Q-School for the Web.com Tour, it was tough,” said Khan. “But I looked back and I had a lot of good rounds and I was leading a tournament, so I just recharged and focused. I knew that I had the game, it’s just about being a little more consistent.”

Khan played collegiate golf at the University of Arizona and was featured in Sports Illustrated’s Faces in the Crowd for golf when he was 13 years old.

“One hundred percent. Adam Cornelson, when I saw him last year, he told me ‘I was in the same spot.’ It just motivates you more, makes you want to stay on the range and putting green a little longer.” – Jonathan Khan on taking inspiration from players who narrowly missed out on keeping their Mackenzie Tour card in previous seasons.

“I had a little falling out with my putter a few weeks ago and put a new one in, and I told people ‘watch out.’ As soon as I put that one in I knew it was going to be a lot better, and it’s definitely showing off right now.” – Chris Gilman on turning his game around heading into this week.

“I got some experience, and I know what to expect. There’s a lot outside of golf, as far as logistics and things like that, so I’m looking forward to having a chance to go back.” – Craig McCoy on trying to qualify for the Mackenzie Tour for a second straight year.

“I kept the ball in play off the tee all day, and I’m striking my irons really solidly. The few times I missed I was able to mitigate the damage, and the putter was really good, so it was a great day.” – Nathaniel James on an opening round 66.

McCoy was a Mackenzie Tour member in 2016, when he made two cuts in nine starts. The 27-year old earned status with a T20 finish at Carlton Oaks last year, including a final round 67.

Gilman played on the Web.com Tour in 2015, making three cuts in 12 starts including a T30 finish at the Nova Scotia Open. The 30-year old played college golf at the University of Denver and owns 23 professional victories, including the 2014 California State Open.

James played college golf at Washington and Lee University, where he had a successful college career and was named a Division III 1st team All-American in 2007 and 2008. Following college, James continued into Law School and worked for three years as a Litigation Attorney before turning pro in 2014 and pursuing the game professionally.