Johnson, Tway, An and Kim share the third round lead at RBC Canadian Open 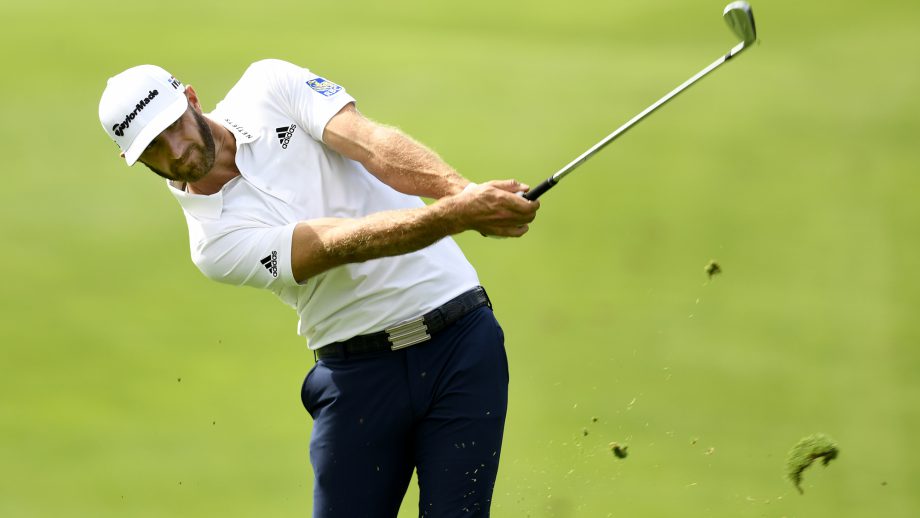 OAKVILLE, Ont. – As Dustin Johnson was leaving the clubhouse at the Glen Abbey Golf Club, he paused, looked around at the assembled media, and smiled.

The world No. 1 was in a four-way tie with fellow American Kevin Tway and South Koreans Byeong Hun An and Whee Kim atop the leaderboard after three rounds at the RBC Canadian Open. Johnson surged up the standings on Saturday behind a 7-under 65 performance to reach 17 under overall.

Followed by massive crowds wherever he went, Johnson set the pace for the rest of the field, firing seven birdies and an eagle. Five of those birdies came in the opening six holes. Despite playing so well, Johnson thinks he’ll need to be even more aggressive to win the tournament.

“I like the golf course, I feel like my game’s in really good form, I’ve got a lot of confidence in it,” said Johnson, who tied for second in the Canadian Open at Glen Abbey in 2013 and 2016 but has yet to win the event. “I’m going to have to go out and play really well tomorrow. There’s definitely low numbers out here.

“There’s a lot of guys right around the lead and somebody’s going to go shoot low. Hopefully it’s me.”

An (66) climbed three spots up the leaderboard, while Kim shot a 67 at the US$6.2-million PGA Tour event. Second-round leader Tway, who was paired with Kim, birdied on the par-5 18th hole to shoot a 68 and split the tie a fourth way.

Tway’s father Bob won the Canadian Open in 2003 at the Hamilton Golf and Country Club. The younger Tway said on Saturday that he was aware he had to play catch-up with Johnson.

“Yeah, I looked (at the leaderboard) a little bit. He started off really hot,” said Tway, noting that the key to Glen Abbey is to attack the front nine and final three holes, but play more conservatively on Nos. 11-15 because they sit in a deep valley with a ravine and plenty of rough.

For his part, Kim isn’t intimidated by Johnson’s popularity and isn’t concerned with whether he’s chasing or holding a lead.

It will be difficult for the rest of the field to catch the top two pairs on Sunday.

Known for its small greens and narrow fairways, pinpoint accuracy is necessary to stay out of the rough at Glen Abbey. Players have benefited from daily rain showers or storms this week that have kept things soft. No rain is predicted on Sunday, however, firming up the greens and making it more likely balls will find their way into the rough.

Hudson Swafford and Rory Sabbatini are tied for fifth, four shots back of the leaders.

Mackenzie Hughes of Dundas, Ont., was the low Canadian after a 5-under 67 put him into a tie for 13th at 11 under overall. Calgary’s Ryan Yip (66) moved 40 spots up into a tie for 21st, seven shots back of Johnsonand Co.

Nick Taylor of Abbotsford, B.C., eagled on 18 to save par to tie for 29th at 9 under. He was paired with Johnson for the round.

“There’s a lot of camera clicks,” said Taylor. “I think I only had one putt where it somewhat bothered me. I should have backed off. But no, it was fun to have that many people. It’s definitely electric, and when I can chip in like that and make a putt on 18, it’s fun.”

Even though he’s the top player on the PGA Tour, Johnson insists he’s only popular in Canada by proxy – his fiancee Paulina Gretzky is the daughter of NHL legend Wayne Gretzky.

“Well, I can thank Wayne for that,” said Johnson. “There’s a lot of Gretzky fans out there, and so they tend to pull for me, which thanks, Wayne, I appreciate that. I do get a lot of love up here, and the fans have been great this week.”