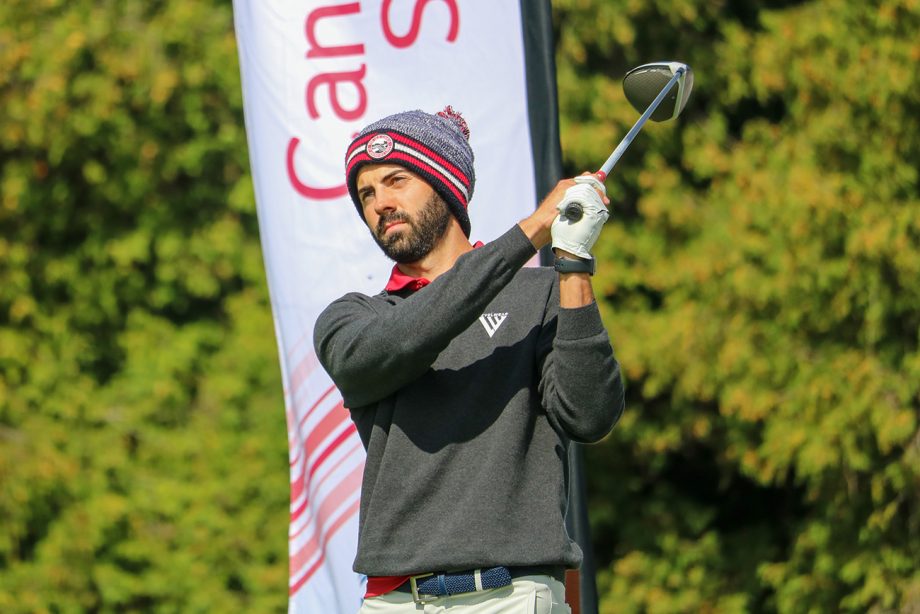 Joey Savoie has long been one of the top amateur golfers in Canada and the 26-year-old is now eager to translate that success onto the professional ranks.

Golf Canada recently announced that the native of La Prairie, Que., will be returning for his second year with the Young Pro Program. In total, Savoie will be entering his fourth year with the National Team Program – having spent 2018 and 2019 as part of the Amateur Squad.

The talented young golfer still remembers first learning that he made the National Team back in 2018.

“It was my final year of college and I got a call from Derek (Ingram) and he told me that I made the team. I was graduating in accounting from Middle Tennessee State University and getting that call changed the plan a little bit,” he recalled.

“My first year was super exciting and just being part the program and getting to compete in tournaments around the world and representing Canada has been amazing in general.”

The Middle Tennessee State University grad was named the Canadian Men’s Amateur Golfer of the Year in 2018. That season would see him win the Franklin American Mortgage Tennessee Open and the Grant Clements Memorial Tournament. During Savoie’s time with the National Amateur Squad, he rose to number 24 on the world amateur rankings.

According to Ingram, Savoie’s time with the program has been well spent.

“Every area of Joey’s game has gotten a little better.  He has excellent habits and routines and is a very good iron player and putter,” said the Canadian Men’s National Team head coach.

“His set up and grip have improved and Joey is now starting to see the benefits of his hard work with both myself and his home coach, Dan (Langevin). Joey’s bunker player has also really improved and he has more shots around the green. He has really matured in every area of the game.”

Savoie is quick to point out that membership in the National Team Program has it’s privileges.

“It’s great to work with Derek and learn from him and it’s also been great to take part in all the training camps. I don’t where I would be if I didn’t receive that support from Golf Canada,” he pointed out.

“Travelling the world and playing in big competitions was out of my budget so being part of the program gave me an opportunity that I’m really grateful for.”

Currently in his second year with the Young Pro Program, Savoie’s focus is to translate that amateur success onto the professional ranks.

As he is prepares for the upcoming season, Savoie took time to reflect on his humble beginnings in the sport which began in Saint-Jean-sur-Richelieu – a suburb approximately half an hour southeast of Montreal.

The 26-year-old recalls that his father, Pierre Savoie, and his mother, Helene Savoie, were both very supportive of his interest in golf.

“We were living on a par three course on the seventh hole as I remember.  It’s public golf course in Saint-Jean-sur-Richelieu and I got started when I was around six years old,” Savoie reminisced.

“Everyone from my mom’s side of the family was passionate about golf – especially my uncle, who played professionally,” he continued.

Savoie adds that his uncle, Jean-Louis Lamarre, was actually their neighbour.

“When I went over to his house I would see all his trophies and all his golf clubs and everything so I was intrigued at a young age.  Given that everyone on my mom’s side of the family played golf and combine that with the fact that my uncle was a professional golfer, it made we want to try the game.”

And as the story goes young Joey would quickly find his passion on the golf course.

“I remember just wanting to hit the golf ball.  That feeling of hitting the ball was just so fun. I was lucky to be living with the nicest play ground ever with a golf course in my backyard and I would often grab my entire bag in my free time and just try to drive the green,” he recalled.

“My granddad was also an avid golfer so since he was retired, he would sometimes pick me up after school to play 9 holes.”

While he got his start at the age of six, it wasn’t until several years later that Savoie competed in his first tournament.

“I play my first competition when I was just 10 or 11 years old. I was playing in a one round tournament to determine the provincial champion for that age category; and as I can remember I won by two shots,” Savoie revealed.

“It was kind of shock to be honest.  It was my first tournament so didn’t really know what to expect. I was competitive and wanted to win, but it was my first event and I didn’t put any expectation on winning. I remember thinking ‘Oh, I beat all those guys?’ So it was just a pleasant surprise.”

After that Savoie says his parents put him into more tournaments and he started taking the sport more seriously.

“When I was 13, I think I won every tournament I played in that year, including the provincials and I was really into golf at that age and I dreamed of one day playing on the PGA Tour,” said Savoie.

“But then I grew a foot over the next year and it affected my results and it took some time to adjust to that big change,” he added.

Growing up as a student of the game, the six foot one inch Savoie says he idolized Mike Weir and Tiger Woods.

“Mike Weir is someone I really looked up to.  Mike winning the Masters is a special accomplishment and something Canadian golf fans will always remember. And growing up, Tiger was such a big superstar and had so much success and he made the sport very vibrant and cool to watch,” Savoie noted.

The talented young Canadian is eager to achieve his own version of greatness on the golf course one day but he knows it can only come one step at a time.  Savoie believes having a place on the Young Pro Squad sets him up for success in the pursuit of his goals.

With a hectic schedule over the past few years, Savoie says the pandemic has actually given him a chance to slow things down and reflect on his journey; and that has allowed him to achieve greater clarity on his goals.

As he looks ahead, Savoie’s goal is to enjoy success on the Mackenzie Tour-PGA TOUR Canada this year. And within the next five years, the Young Pro Squad member has visions of making his way onto the Korn Ferry Tour, and ultimately, onto the PGA Tour.

Ingram believes with continued improvements, Savoie has what it takes to achieve his dreams.

“The top priority would be to continue to improve his ball striking as it can be a bit inconsistent. Sometimes it’s excellent, while other times there’s a few too many mistakes off the tee. But Joey is making progress,” he said.

“It’s super early in his development as a new pro as his first year was a pandemic year so he has to continue on his path of learning to be a pro, travelling and competing,” Ingram continued.

“Joey could also get a little longer but I believe he has the ability and habits to be a PGA Tour player.”

Savoie is inspired by the meaningful words coming from such a highly respected coach who has worked with other talented young Canadians to achieve their dreams in the sport. The second year Young Pro Squad member is also inspired by the success of others who have been through the program, such as Mackenzie Hughes, Corey Conners and Adam Hadwin – to name just a few.

“The players on the Young Pro Squad now might be at different stages in our career but we all have potential and a ton of work ethic to try to reach our goals,” he added.

“Ever since I was I kid, my dream was to play on the PGA Tour so I’m grateful to be in the position I’m in right now; and I’m prepared to make the most out of this opportunity.”