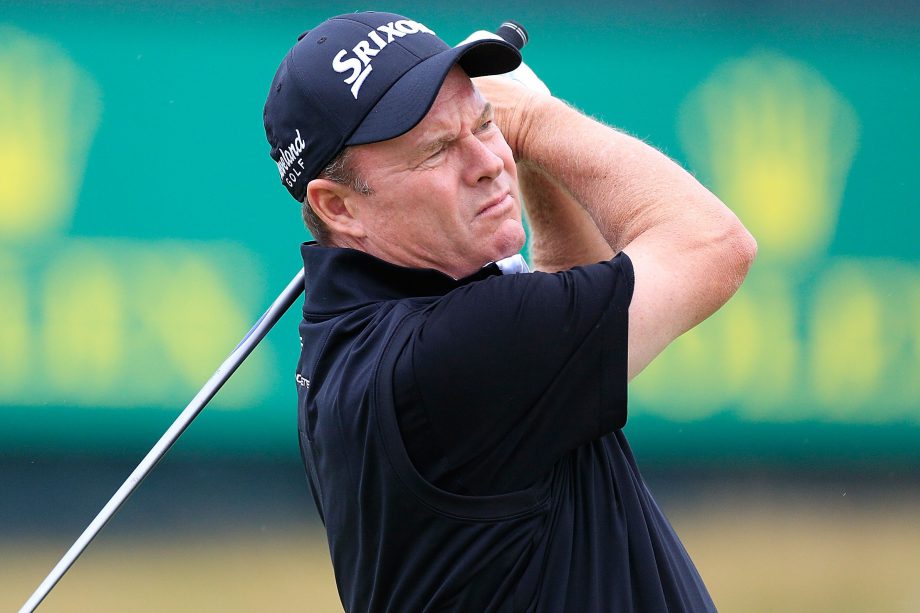 CARNOUSTIE, Scotland – Joe Durant birdied the par-4 18th hole Friday for a 3-under 68 and a share of the Senior British Open lead with Kohki Idoki.

The 52-year-old Durant birdied three of the first five holes on the back nine, the second two on the par-5 12th and 14th at Carnoustie Golf Links in 10-15 mph wind with some light rain.

Durant teamed with Billy Andrade to win the 2015 Legends of Golf for his lone PGA Tour Champions title. The four-time PGA Tour winner has five top-10 finishes this season, including a runner-up finish to Bernhard Langer in the major Constellation Senior Players in June.

Calgary native Stephen Ames shot 71 to sit T22 at 1-under.