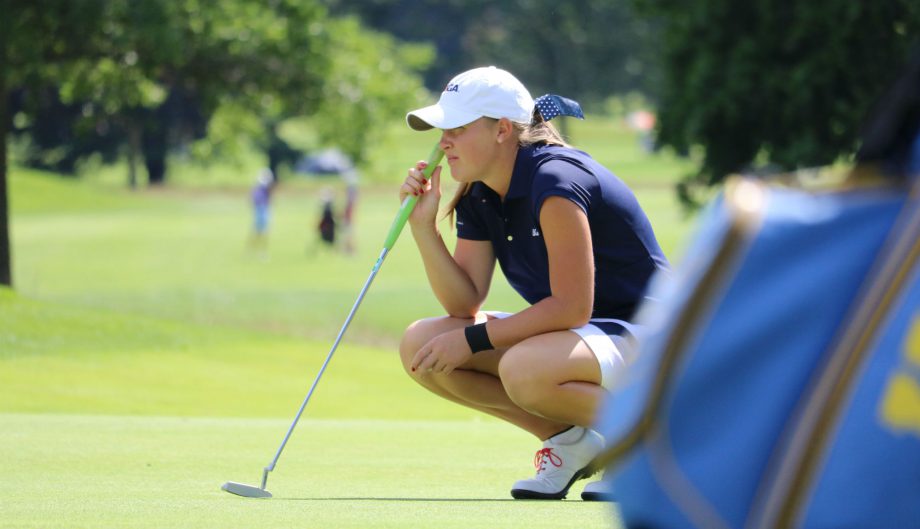 Jennifer Kupcho shot a 5-under-par 65 during the opening round of the 104th playing of the Canadian Women’s Amateur Championship at Cutten Fields on Tuesday.

Kupcho, from Westminister, Colo., carded seven birdies during her round and used her power to her advantage in order to shoot one of the three rounds under par.

“I think my distance really played a factor in my score today,” she said, next to the ninth green. “I think that when I’m grabbing a six or 7-iron other girls are going for a hybrid and it’s really helping me out.”

The current No. 4 ranked amateur golfer in the world plans to stick to what’s working heading into round 2.

“Going forward I need to focus on what I did well today which was to hit good approach shots and set up tap-in birdies,” she said.

Sitting one stroke behind Kupcho is 15-year-old Susan Xiao (Surrey, B.C.) who is playing in her first Canadian Women’s Amateur Championship. Xiao’s 4-under-par 66 was powered by an eagle on the par-5 12th hole, and she managed to limit her scorecard to just one bogey which occurred on the most difficult hole of the day, the par-4 14th.

“I finished my first nine at 2-under par so I was able to head to the front nine with no pressure,” said Xiao. “Then I had a couple of really good par saves so that really kept me calm and focused on my game down the stretch.”

Canadian National Amateur Squad member Grace St-Germain rounds out the top three competitors who shot under par for the day. Starting on the back nine, she walked off the 18th hole at 2 under par but fell down the leaderboard after carding a double bogey and bogey in her first three holes after the turn. Down the stretch, she managed to make four birdies in her final six holes to hold third place.

In addition to the 2017 Canadian Women’s Amateur title, the individual champion will earn an exemption into the 2017 U.S. Women’s Amateur Championship and – along with the low Canadian – the CP Women’s Open at Ottawa Hunt & Golf Club in Ottawa from Aug. 21-27.