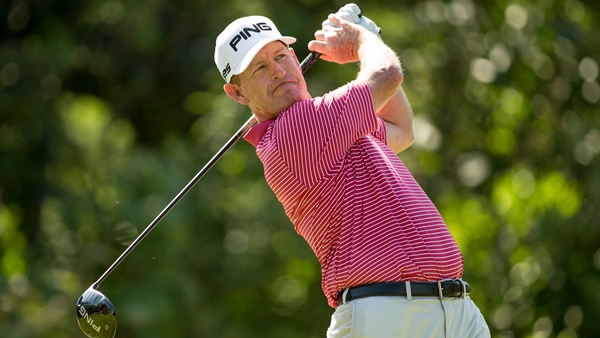 SAUCIER, Miss. – Jeff Maggert became the 17th player in Champions Tour history to win in his debut, shooting a 4-under 68 on Sunday at the Mississippi Gulf Resort Classic at Fallen Oak.

Maggert fell into a tie for the lead with Billy Andrade after making bogey on No. 16, but responded with an astonishing, 50-foot putt for birdie on No. 17 that pushed him back ahead.

Maggert’s decisive putt had a large break from left to right and was over a ridge, and the 50-year-old struck it perfectly, shaking his head in disbelief after it fell in the hole.

Andrade, who started the day tied with Fred Funk for the lead, shot a 71 to finish in second two strokes back.

Maggert finished the tournament with an 11-under 205.

Both Canadians broke par and cracked the top-30.