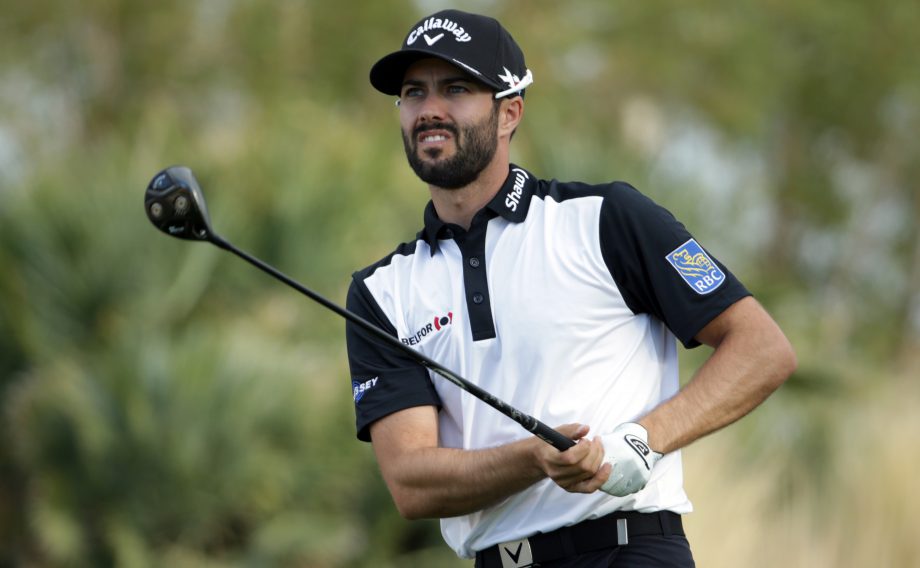 Dufner finished with an 8-under 64 to reach 23-under 193 with one round left at PGA West’s TPC Stadium Course. He opened with a 64 on Thursday on the Nicklaus Tournament Course for a share of the lead and had a 65 on Friday on the Stadium Course to take a one-stroke advantage.

“I made the turn at 1 under, and told the guys we were going to have a good back nine,” Dufner said. “I told my caddie and my amateur partners, ‘I’m about to do something good.’ So, when you start thinking like that, good things happen. So, that’s just kind of where my mindset is right now.”

Jamie Lovemark was second after a 65 on the Stadium Course.

“Any time you go out there and shoot 7 under, it’s a good day, no matter what,” Lovemark said. “I was pleased with the way I played the entire round. I’m in good position to compete for a win tomorrow.”

Adam Hadwin had a 64 on the Nicklaus Course to get to 20 under. The Canadian missed a chance to get closer, bogeying the par-5 15th after hitting into the water and closing with three pars.

“It’s just going to be a question of handling the nerves and making sure those putts kind of keep hitting the lines tomorrow,” Hadwin said.

Phil Mickelson was tied for fifth at 17 under in his first start since the Presidents Cup in October and first since splitting with swing coach Butch Harmon to work with Andrew Getson. Lefty had a bogey-free 66 at the Stadium Course, holing a flop shot for birdie on the 10th hole.

“I don’t worry about zones and talking about stuff like that,” Dufner said. “I’m just trying to hit each shot as good as I can and not let results and outcome dictate how I feel or how I think out there. … I’m just playing golf like I should.”

The 2013 PGA Championship winner earned his PGA Tour card at PGA West in 2008. He’s comfortable on the Stadium Course, the Pete Dye-designed layout that is being used in the tournament for the first time since being dropped after its debut in 1987.

“Conditions are perfect for scoring,” Dufner said. “I’m not too worried about what other people are saying about golf courses. I feel like I can play pretty good. You got a lot of scoring clubs in your hand on that course.”

“I don’t feel as though this is a similar final-round course like we’ve had in the past,” Mickelson said. “You could get away with some wayward shots and still shoot in the 60s. But if you come out here and play a little sloppy, you’re going to shoot in the mid- to high-70s. It’s a very penalizing course for anything less than perfectly struck shots.”

David Lingmerth was five strokes back at 18 under after a 62 on the Nicklaus Course. The Swede had six straight birdies from No. 14 to No. 1, eagled the par-5 fifth, birdied the seventh and closed with two pars.

“I was hoping to catch up and get a little bit closer than I am right now,” Lingmerth said.

Kevin Na matched Lingmerth with a 62 on Nicklaus Course, playing his last seven holes in 8 under with an eagle and seven birdies to get to 17 under. “Every shot was at the flag,” Na said.

Graham DeLaet of Weyburn, Sask., shot a 69 for a second straight day to reach 11-under and sits T35.

DIVOTS: Dufner tied for ninth in his last two PGA Tour starts, at the RSM Classic in November and the Sony Open last week in Hawaii. In between, he teamed with Brandt Snedeker to win the Franklin Templeton Shootout. … Defending champion Bill Haas was 15 under after a 69 on the Stadium Course.