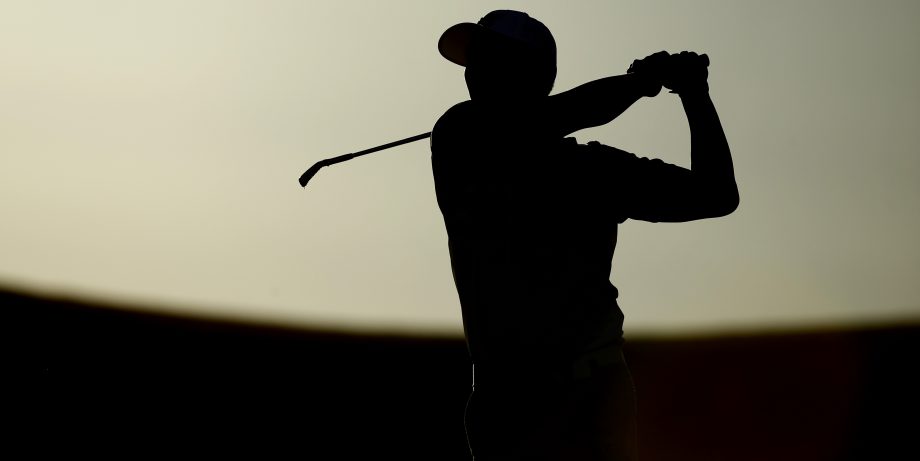 SCOTTSDALE, Ariz. – James Hahn has settled down a lot since his wild days – and nights – at the University of California led to the end of his college career. He still knows how to have a good time.

That was on display again Friday at the golf party known as the Waste Management Phoenix Open, where Hahn took the lead with a bogey-free 6-under 65 in breezy conditions.

“I’m having fun out there,” Hahn said.

He wasn’t alone at TPC Scottsdale.

An estimated 160,415 fans, not counting a large bobcat that sauntered between the first and second holes in the afternoon, packed the grounds. The crowd broke the Friday record of 123,674 set in 2014 and was the 10th-largest figure for any day in tournament history.

Hawn became an internet sensation in 2013 when he celebrated a birdie on the rowdy par-3 16th with a “Gangnam Style” dance.

“It’s the one week out of the year where you’re allowed to do anything you want and not get fined,” Hahn said. “It’s good for golf, good for the game, good for the fans that come out here. They support the golf tournament, so might as well give them a show.”

On Friday, he did 10 pushups after teeing off on the stadium 16th.

“They came out to watch the gun show, so I popped them out right there on the tee box,” Hahn said.

Hahn had a 10-under 132 total on the Stadium Course to enter the weekend a stroke ahead of Rickie Fowler and Danny Lee. Fowler birdied his final hole for a 68, and Lee had a 66.

“Sleeping in my own bed this week, live about 10 minutes away,” Hahn said. “I have played this course a hundred times. The only thing different about the course today, as any other day, is the greens are better.”

Fowler rebounded from a three-putt bogey on the par-4 17th with the birdie on the par-4 18th. A day after driving into the left-side water, he hammered a fairway wood down the middle and – with music thumping in the background – hit his approach to 4 feet.

“It wasn’t playing easy,” Fowler said. “The wind was kind of blowing from an awkward position. … Just tried to stay patient, fight through it.”

The top-ranked player in the field at No. 4, Fowler has four worldwide victories in the last nine months. He missed the cut last week at Torrey Pines after winning in Abu Dhabi the previous week.

Lee birdied five of his first eight holes, highlighted by a 20-footer on 16. The South Korean-born New Zealander won the Greenbrier Classic last year for his first tour title.

“Wind was definitely in play today,” Lee said. “The greens being so firm, you’re kind of forced to hit driver. You want to hit a shorter club on the second shot.”

Keegan Bradley, penalized two strokes Thursday for having too many clubs in his bag, was 5 under after a 69. Bradley and caddie Steve Hale didn’t notice the extra club until after the first hole in the first round.

Bubba Watson shot his second straight 69. Two days after criticizing the renovated course and saying he was only playing the tournament out of loyalty to his sponsors, he apologized.

“I didn’t explain myself well,” Watson said. “My wife says that, too, when I go home. I don’t communicate very well.”

The two-time Masters champion tied for second the last two years and has shot par or better in all 36 of his rounds in the event, playing to a cumulative 97 under.

Phil Mickelson was 2 under after a 71. The 45-year-old former Arizona State player bogeyed Nos. 14 and 15, hitting a hybrid approach into the water on 15.

“That kind of let the round get away,” said Mickelson, the tournament winner in 1996, 2005 and 2013. “I’m looking forward to having another shot at this golf course tomorrow.”

In Canadian action, Adam Hadwin carded a 68 Friday to sit 1-under. Nick Taylor squeezed by the cutline at even par after a 69.

Graham DeLaet (+4) and David Hearn (+7) both failed to make it to weekend action.