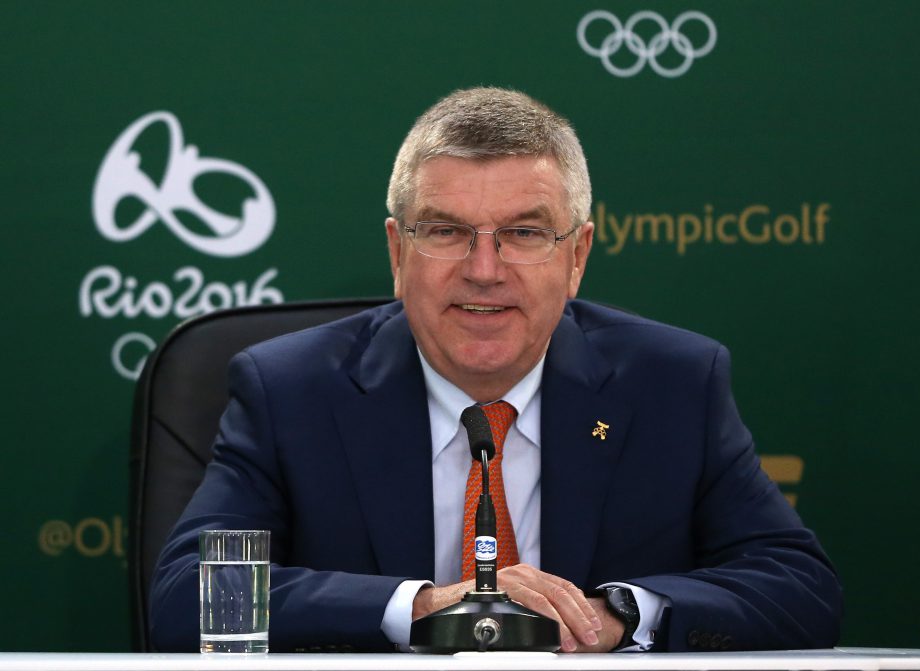 ST. ANDREWS, Scotland – The president of the IOC says golf doesn’t have to put on a spectacular show in its return to the Olympics after a 112-year absence except to have good competition among a wide range of the best players in the world.

Even if the best players do not include Tiger Woods.

In a press conference Saturday at St. Andrews that ranged from golf’s anti-doping policy to the format that will be used in Rio de Janeiro next year, Thomas Bach said it was best to see how golf performs before deciding whether it was worth bringing the sport back to the games.

“I’m very sure that golf there will find its place,” Bach said.

The support of Woods was seen as critical when golf was pushing to get back to the Olympics for the first time since 1904. Bach said he met with the 14-time major champion in February at the skiing world championships in Colorado when Woods was still dating Lindsey Vonn.

“I asked him about Rio and talked to him that `I would like to welcome you next to Rio.’ And then he already said, `I would love to play, and I will do everything to qualify, but I’m not sure whether it will work,'” Bach said. “Seeing what’s happening here, unfortunately, maybe he was right. So I would really feel sorry for him, But this would in no way influence the quality of the Olympic tournament.”

Woods was headed toward another missed cut in a major at the British Open. The completion of the second round was delayed by high wind Saturday morning, though Woods already was six shots over the projected cut with six holes to play.

He was still among the top 70 players in the world when Woods met Bach in February. Now he is No. 241 and about to drop even more.

“It’s a pity for himself,” Bach said. “For the IOC, again, it’s about the best athletes … whoever qualifies.”

Bach was the latest to urge golf’s tour to come into full compliance with the World Anti-Doping Agency policy. The International Golf Federation, the governing body for golf in the Olympics, will produce a list of eligible athletes for the games on May 6. In the 13 weeks leading to the Olympics, they will fall under the Olympics’ strict testing code which includes notifying officials of their daily whereabouts to be available for testing at any time.

R&A chief Peter Dawson said Wednesday he hoped that all tours “move toward being wider compliant at all times” after the Olympics. WADA’s director general, David Howman, said he hoped that Rio would spur the PGA Tour and all other golf organizations to adopt WADA’s “gold standard.”

The Olympics will feature a 60-player field for men and women based on the world ranking. Countries are allowed a maximum of four players, but the third or fourth players must be among the top 15 in the world ranking. If the deadline were now, the United States would be the only country with more than two.

The format proposed is 72 holes of stroke play, just like most tournaments. There will be no team competition.

“The Olympic Games are about the best athletes of the world coming together, and there we do not need any additional, spectacular or great action,” Bach said. “I think it would be good if you would have not only as many players from as many different national Olympic committees being qualified, but also broad distribution of medals and rankings.”

Bach said the format could change for Tokyo in 2020 if necessary. He said adding a team medal depends on how that affects the maximum events allowed.

He also wasn’t bothered by comments over the years that a gold medal at the Olympics won’t have the same prestige as a green jacket from the Masters or a claret jug from the British Open.

“Let them make the experience and then ask the gold medalist after he has been standing on the podium, listening to the anthem and being celebrated by the world,” Bach said. “Then he will give you the answer – he or she.”