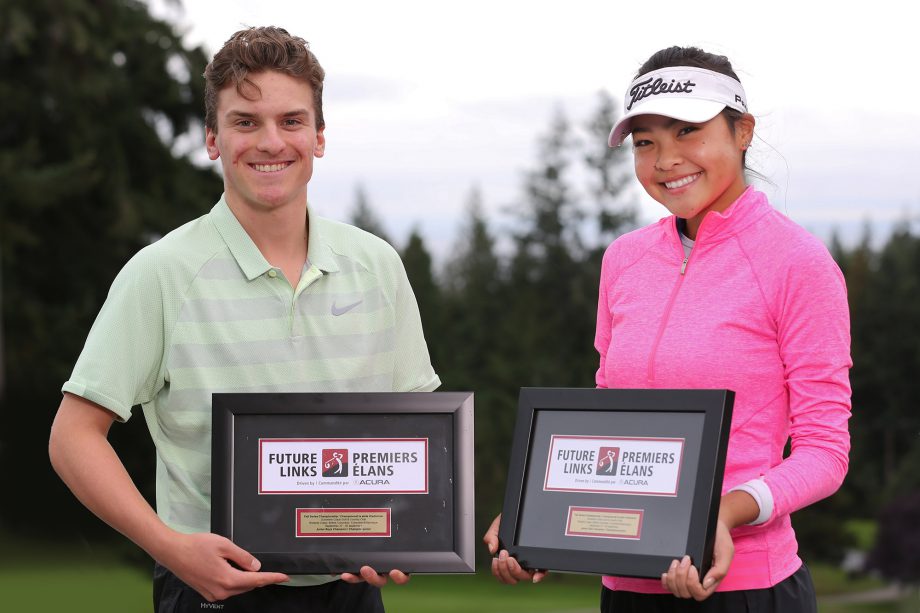 Gu, who started the third and final round tied with the lead, carded a 1-over 73 to distance herself from the pack en route to a six-stroke victory. The West Vancouver, B.C., native finished at 7 over par in the 54-hole event.

“I knew that I had to bring my best this week to be medalist against a strong field here this week at Sunshine Coast,” said Gu. “Once I started getting a little bit of a lead I started hitting to the fat part of the greens; I was really focused on my lag putting to play safely which helped me.”

Angela Arora (Surrey, B.C.) and Emma Yang (Langley, B.C.) finished tied for 2nd at 13 over par and will advance to the Canadian Junior Girls Championship from July 29 – Aug. 2, at Lethbridge Country Club in Lethbridge, Alta.

“As this was the first fall series event in the west, it was more than just about winning,” said Zalli. “It was about setting the bar for years to come.”

Vancouver’s Dylan Bercan also finished with a 4-under-par 68, lifting him into a tie for runner-up with Zach Ryujin (North Vancouver) at 2 over par.

All three golfers will advance to the the 2019 Canadian Junior Boys Championship from Aug. 11-15, at Covered Bridge Golf & Country Club in Hartland, N.B.