If they build a golf course, will they come to Olympics? 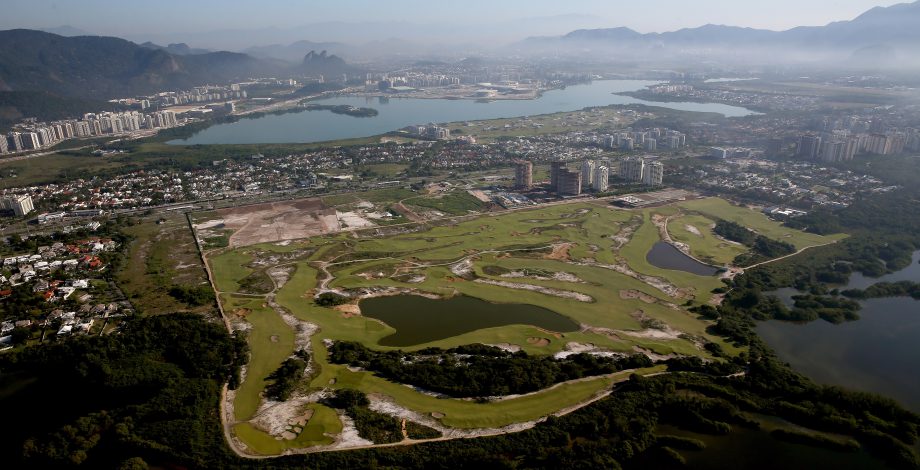 Building the new golf course in Rio de Janeiro in time for the Olympics once was considered the biggest obstacle.

Now there’s a new problem facing golf – getting some of the stars to play it.

The perception is worse than reality. It’s not like golf won’t have its best players in Rio the first full week in August because Jordan Spieth, Jason Day and Rory McIlroy have said they’re going, and they’re the best three players in the world.

Still, it didn’t help the sport’s pampered image when four major champions said they won’t be competing for gold, silver, bronze or even pride.

Adam Scott was the biggest name to drop out and the least surprising. The first Australian to win a green jacket, and the No. 7 player in the world, Scott has been lukewarm to the Olympics all along and has said for more than a year that it wasn’t a priority.

All are among the top 20 in the world.

The other dropout was Vijay Singh, who said the Olympics fell in a bad part of the golf schedule. That was more of a loss for Fiji, which won’t have a golfer in Rio because it doesn’t have any other players who have earned a ranking point in the last two years. Singh is a three-time major champion, former world No. 1 and a remarkable success story. He’s also 53 and hasn’t won in nearly eight years.

It’s easy to criticize these players because it’s rare in other Olympic sports for qualified athletes to stay home.

But golf isn’t like other Olympic sports, which is why it has been 112 years since it was part of the Olympic program. Canada’s George S. Lyon is the last gold medallist in golf and for years nothing more than a trivia question.

Golf ticks just about every box for Olympic values and virtues, especially with its global appeal. It misses the most important box, however, when it relates to the significance of winning a medal. It’s not the pinnacle of sport. It’s not even in the top five this year (with respect to The Players Championship, we’re talking about the four majors and the Ryder Cup).

Was it worth golf getting back into the Olympics? Absolutely. It does far more good than harm.

Officials are touting how much this will grow the game by the sheer audience of the Olympics and with governments funding the sport in countries where it is seldom played. Heroes are born in Olympic competition, and there’s no reason to believe golf – in time – will be any different.

Problems were to be expected, whether it was the format or full participation. (Golf does not having a team competition, and it might have changed the minds of some players not going.)

When a tight schedule is cited as a reason for not going, the officials carrying the Olympic torch for golf – mainly the PGA Tour – share the blame.

They have produced a schedule that causes them as little disruption as possible. If the Olympics were so important, could they not have done more to space out the biggest events that mean more to the players?

And when the Olympics are over, PGA Tour players have one week before the start of the FedEx Cup playoffs, the $35 million bonanza that the PGA Tour billed as the “new era in golf” before it chased a spot on the Olympic program. That’s four big tournaments in five weeks, with the Ryder Cup right behind it.

Most other sports spend the entire Olympic year building toward that one big moment. For golf, the Olympics are plopped in the middle of big moments.

The cutoff to qualify through the world ranking is July 11, meaning someone like Phil Mickelson could win the British Open and PGA Championship and be shut out of Rio. Here’s another scenario: There likely will be players – Brendon De Jonge of Zimbabwe comes to mind – who risk losing their PGA Tour cards by playing the Olympics.

The Olympics will do just fine without Scott, Oosthuizen and Schwartzel, and even a few others who may decide not to play. The depth of talent in golf is such that it can do without every eligible player in Rio.

Golf in the Olympic will still get the attention it deserves.

About the only thing that could change that is if Tiger Woods decides to play the John Deere Classic the week of the Olympics.