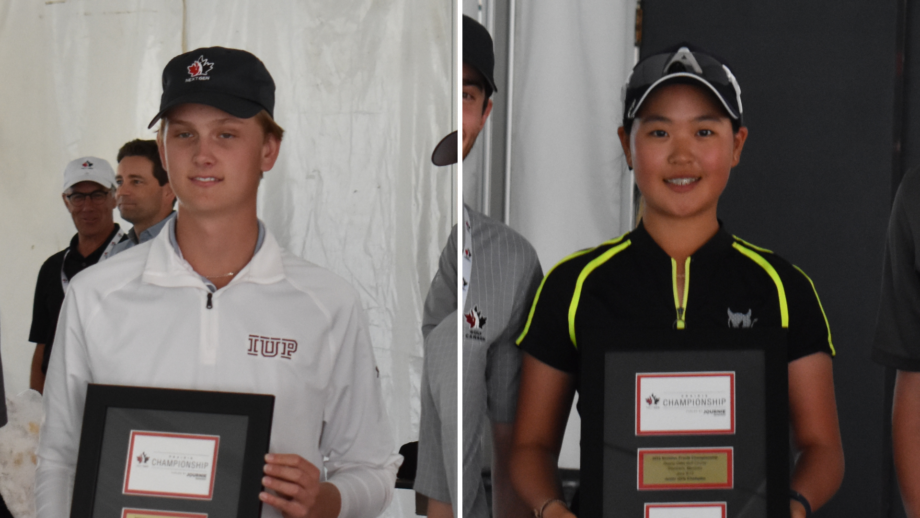 The final round of the junior event at Quarry Oaks Golf Course in Steinbach, Manitoba was cancelled on Sunday due to inclement weather.

Hyun Lee’s second round bogey-free, three-under par 69 leapfrogged her into first place and, eventually, the winner’s circle. The Langley B.C. native’s round of 69 ties her with Lucy Lin for the lowest round by a Junior Girl at a NextGen Championship this year.

Aastha Savadatti of Calgary, Alta. finished in sole possession of second place at +6 on the tournament, while Ha Young Chang of Surrey, B.C. rounded out the top-three at +8.

Swinnerton carded rounds of one-under par 71 and two-under par 70, respectively, to earn the Junior Boys title with a four-stroke victory over Matthew Javier. The Saskatoon, Sask. native made four birdies on each of the two days for a total of eight en route to the NextGen Prairie Championship.

Click here for full results of the 2022 NextGen Prairie Championship.

Including Hyun Lee, the top six players in the Junior Girls division have earned exemptions into the 2022 Canadian Junior Girls Championship taking place July 25-29 at The Marshes Golf Club in Ottawa, Ont.